The Samsung ATIV Book 9 Lite is a portable notebook which looks like an ultrabook, but which doesn’t quite fit the bill thanks to an AMD processor. The good news is that it’s a little cheaper than many ultrabooks in its class. 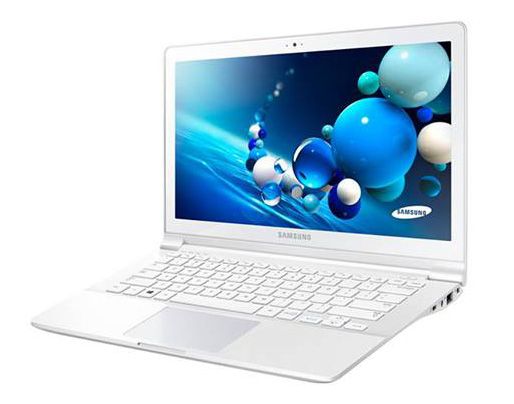 But the AMD processor is a bit cheaper than an Intel chip, which helps keep the price down… and it has the same impact on battery life. Samsung says to expect up to 5.5 hours of run time from the ATIV Book 9 Lite (according to Mobile Mark 12 — although I’m told it gets up to 8.5 hours on Mobile Mark 7).

While that would have been pretty impressive battery life for a notebook this thin and light a few years ago, Intel’s Haswell chips have kind of changed the game, and we’re regularly seeing notebooks that can run for 7 to 10 hours on a charge.

The Samsung ATIV BOOK 9 Lite has a 13.3 inch, 1366 x 768 pixel display, which is also a bit underwhelming for a laptop in 2013. But if you’re holding out for a model with a higher-resolution display, more powerful processor, and longer battery life, there’s always the Samsung ATIV Book 9 Plus — a notebook with an Intel Core i5 Haswell CPU and a 13.3 inch, 3200 x 1800 pixel display.

Samsung hasn’t yet unveiled pricing for that notebook , but I think it’s safe to say it’ll cost a lot more than the Lite model.