Sailfish is a new operating system for smartphones and tablets, but it’s based on software that’s been around for a while. It’s basically a continuation of the open source MeeGo Linux-based operating system which Nokia abandoned when the Finnish phone maker jumped on Microsoft’s Windows Phone bandwagon.

This week the folks at Jolla Mobile released the first software developer kit for Sailfish and started showing off the operating system at Mobile World Congress in Spain. Some independent developers have also taken a few extra steps and figured out how to run Sailfish on older hardware. 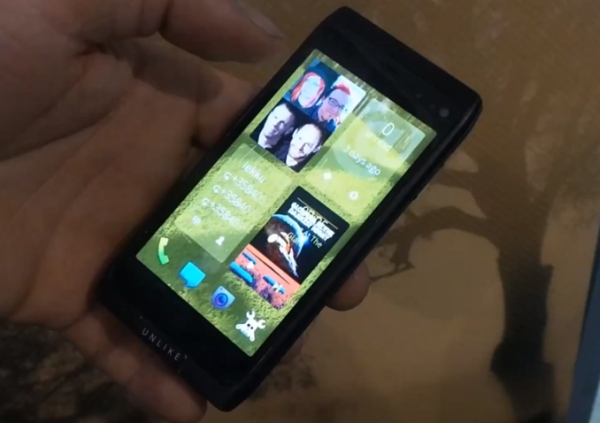 Sailfish is designed for touchscreen devices including phones and tablets and has all the usual goodies including a lock screen, a home screen, notifications, and support for full-screen apps.

While Sailfish is designed to run apps optimized for mobile devices, under the hood it’s based on Mer Linux and Qt and it’s an open and customizable platform.

TelekomPresse has posted a video showing how the operating system works on a demo phone.

Sailfish is designed to run on devices that may not necessarily having bleeding-edge hardware such as quad-core chips or huge amounts of RAM.

The company is looking to partner with phone and tablet makers, but as an open source project there’s not much to prevent users from porting Sailfish to run on existing devices. In a Q&A section on the Sailfish website, Jolla says that it won’t be releasing an official build for the Nokia N9, for instance… but the company doesn’t say anything about stopping users for developing their own ports for that device or others.

In related news, at least one users has already extracted a working disk image from the Sailfish SDK emulator and gotten it up and running on the ExoPC Slate. That’s an 11.6 inch tablet with an Intel Atom N450 processor, GMA 3150 graphics, and a 1366 x 768 pixel display.

The ExoPC is a few years old, but the Sailfish user interface seems pretty zippy on the tablet — even though there’s not much you can actually do with it at this point other than tap and swipe your way through the home screen.

One reply on “Sailfish OS makes the rounds, shows up in unexpected places (videos)”