SageTV was a cross-platform media center application and digital video recorder tool for Windows, Mac, and Linux computers. I say “was” because Google acquired the company in 2011 and used the technology for its Google Fiber TV service.

But Google also stopped selling SageTV as a standalone product.

Now SageTV could be making a comeback: the company’s founder has announced that within a few months Google will open source the SageTV platform. 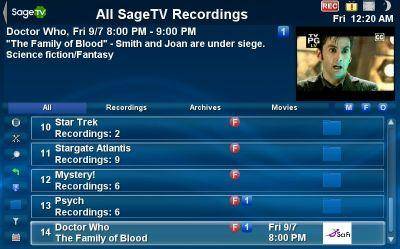 Founder Jeffrey Kardatzke says the new software will be base on SageTV v7 (the last version that was released to the public), but it will include a number of changes that have been made by Google over the past few years.

There won’t be any Google Fiber-related code (which means there won’t be native support for YouTube or Netflix, among other things), but there will be support for media center extender devices. The new version will also include a new installer and it will be recompiled to have all licensing code removed.

Once upon a time SageTV was one of the most popular applications for turning a PC into a HTPC (Home Theater PC) complete with DVR capabilities. These days the space looks very different.

Rival BeyondTV stopped developing its consumer software years ago, and instead focuses on enterprise solutions. Microsoft no longer includes Windows Media Center functionality in its desktop operating system and instead requiring you to buy a separate Media Center feature pack.

There is still some life in the software-based DVR space. The open source Kodi media center suite added DVR support a few years ago… but it only acts as a front-end and still requires you to install a third-party app such as MythTV, NextPVR, or MediaPortal. And there just aren’t as many of those as there used to be.

So it’s good to see that SageTV is coming back to life.

Out of the box, the new open source version of SageTV should be able to support live and recorded TV programs, media center extender boxes, and other media player features. What remains to be seen is whether the open source version will attract independent developers looking to add new features or optimize the software for new platforms like low-power devices such as the Raspberry Pi 2 mini-computer.

via Missing Remote, Phoronix, and The Green Button