Want to run a desktop operating system on your wristwatch? Probably not… but it’s nice to know you can. 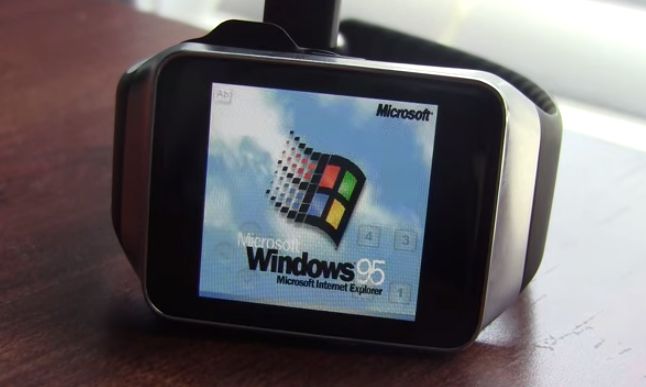 While Windows 95 was designed to run on devices with x86 processors, the Gear Live runs Android Wear software… which is based on Android… which means that you can run aDosBox, an Android app which emulates an x86 processor and provides a DOS-like operating system which you can use to install Windows 95 or earlier versions of Microsoft’s operating system (or other apps — such as Doom).

Windows 95 is a 20-year old operating system that isn’t quite as useful as it once was… and it wasn’t really designed for use with a 1.6 inch screen. That can make it tough to move the cursor. And even though this watch probably has more RAM and a faster CPU than a 20-year-old PC, the operating system is pretty sluggish, buggy, and crash-prone when running on the Gear Live using this method.

But I’m still kind of impressed.

5 replies on “Running Windows 95 on a smartwatch… because why not?”