Intel’s second-generation Compute Stick is a tiny computer with an Intel Atom x5-Z8300 Cherry Trail processor, 2GB of RAM, 32GB of storage. It’s only a little more powerful than the 2015 model, but it offers significant improvements in WiFi, Bluetooth, and USB performance.

A model with Windows 10 software is already available for about $150, and Intel will also offer a version with no operating system yet. But you can install your own OS on either model: the hardware is the same on both. 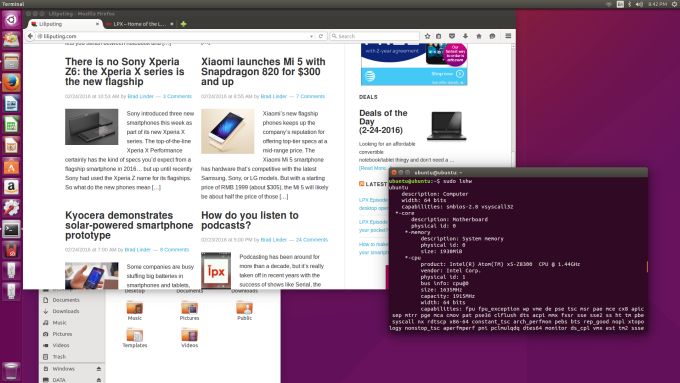 Here are some notes about my experience running Ubuntu on the Intel Compute Stick, as well as links to resources to get you started if you want to try alternate operating systems.

Note that these steps might not work with all operating systems, and you may have to try a few different USB flash drives before you find one that works. But after a little trial and error, these steps did work for me with with Ubuntu 15.10 64-bit.

That said, one of the simplest cross-platform tools I’m aware of is called UNetbootin. You can download this tool to a Windows, Mac, or Linux computer and it’ll do most of the heavy lifting for you.

Unetbootin can download a number of popular Linux-based operating systems including Ubuntu, Fedora, or Debian and use them to create a bootable USB flash drive. Or if you’ve already downloaded a disc image for the operating system of your choice, UNetbootin will let you select an ISO file manually. 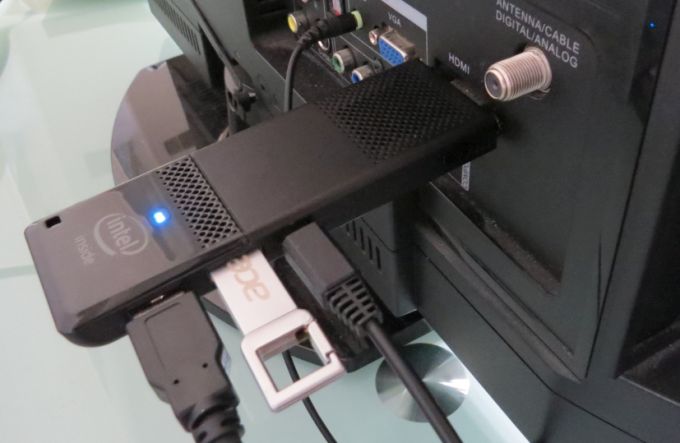 Similar tools for Windows users include the LinuxLive USB Creator (LiLi) and Rufus. Mac and Linux users, meanwhile, may be able to just use the dd command.

Once you’ve got a bootable flash drive, the next step is to insert it into one of the ports on the Compute Stick and then set up the BIOS.

Setting up the BIOS to boot Ubuntu 64-bit

If your Compute Stick came with Windows 32-bit , you’ll need to configure it to run a 64-bit operating system before you can get Ubuntu to run.

Plug the Compute Stick into a display and connect the power cable and a keyboard. When the computer is booting, press the F2 key to get into the BIOS. 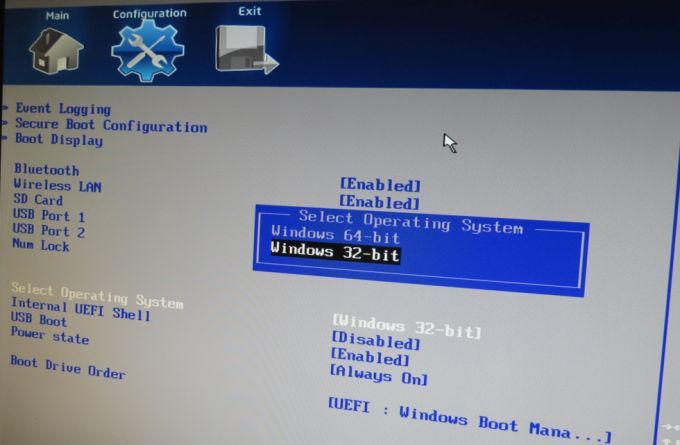 From there, you can use the arrow keys on your keyboard to move the Configuration tab. Move down to the section that says “Select operating system” and switch from Windows 32-bit to Windows 64-bit.

Note that if you want to go back to running Windows, you’ll need to switch to 32-bit again.

That’s probably the only change you need to make. But while you’re here you may want to make sure Secure Boot is disabled or adjust the boot drive order.

When you’re finished, go to the Exit tab, select “save changes and exit” and hit enter. Then hit the “Y” key on your keyboard to agree and reboot.

Booting from a LiveUSB

When the system reboots, it may automatically detect your flash drive. But it may not… so it’s not a bad idea to hit F10 during boot so you can get to the boot options menu.

From here, select your USB flash drive and follow the on-screen directions.

For example, Ubuntu offers options to try Ubuntu without installing or to install the OS. It’s often a good idea to try without installing first, since this will let you know if there are any problems before you start making changes to the built-in storage on your device.

So how well does Ubuntu run?

Pretty well. It boots reasonably quickly, connects to WiFi readily, and I had no problems using Firefox, LibreOffice, or other pre-installed apps.

There are a few major issues though: the microSD card reader and audio-over-HDMI don’t work out of the box. So while I was able to stream YouTube videos, I was unable to hear them… at first.

There are a few simple workarounds. One is to pick up a USB audio adapter. These sell for under $10 on Amazon and add mic and headphone jacks to a computer. 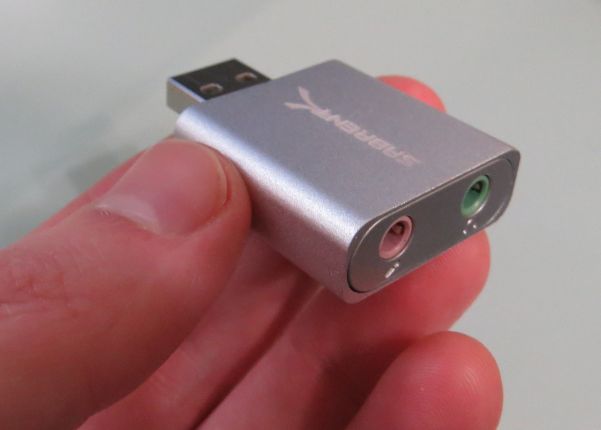 I had one lying around, which I use when recording interviews for the LPX Show. So I plugged it in, connected some headphones, and voila! I could hear. If you’ve got headphones or external speakers, this could be a good, cheap solution.

Another option is to use a Bluetooth speaker. I had no problems connecting one using Ubuntu’s Bluetooth settings and then clicking the sound icon and choosing the speaker from sound settings. 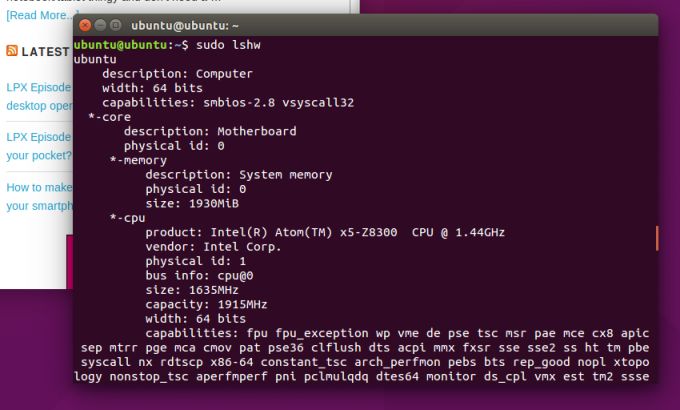 I also noticed that YouTube videos only played at 360p using the Firefox web browser that comes pre-installed on Ubuntu 15.10. But there’s a simple fix for that too: install the Chrome or Chromium web browsers.

What about other operating systems?

I’ve only tested Ubuntu, but Ian Morrison has tried a bunch of different options, including Chromium OS, Android 4.4 and Android 5.1 builds from the Android-x86 project, and Remix OS and Phoenix OS.

He’s also posted instructions and download links for trying out some of those operating systems: