The One Netbook One Mix 2S Yoga looks nearly identical to its predecessor, the One Mix Yoga. But the new model supports USB Type-C charging, has a fingerprint sensor, and sports a much faster processor and speedier storage — and the upgrades result in significantly better performance.

It turns out that’s not the only thing that’s different — the new model also has slightly better out-of-the-box support for Ubuntu 18.04 Linux. 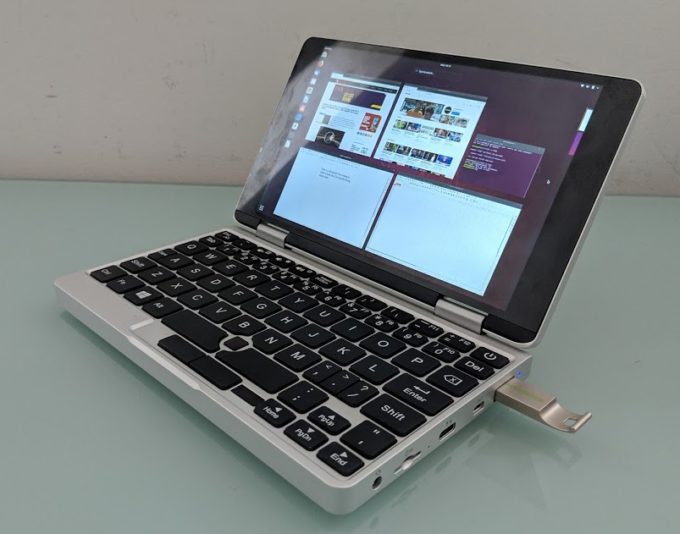 When I tested Ubuntu on the original One Mix Yoga I noted that WiFi, touch, and pen input all worked, but audio did not.

I tried the same version of Ubuntu on the upgraded model and sound worked just fine. I was able to control the volume using keyboard shortcuts and I had no problem hearing audio while streaming videos from YouTube.

The computer also automatically shut off the keyboard when the screen was pushed all the way back, which prevents you from accidentally typing when holding the computer in tablet mode. Unfortunately there’s nothing to stop you from accidentally hitting the power button, which is located in the top right corner of the keyboard, so you’ll just need to learn to avoid it.

In order to test Ubuntu, I prepared a liveUSB, plugged it into the One Mix 2S Yoga’s single full-sized USB port, turned on the computer and pressed Fn+F7 when the One Netbook logo popped up to get a boot menu. From there I just selected my boot device (the flash drive) and waited a few moments for the operating system to load.

Like most other devices in this form factor, there are a few hurdles to running Linux. The first is that there’s no automatic screen rotation. The second is that by default the computer positions the display in portrait orientation — everything looks sideways.

You can fix that in Ubuntu by opening a terminal window and typing “xrandr -o right” (without the quotation marks) to rotate the display to landscape. But if you push the screen back and try to hold the One Mix 2S Yoga like a tablet, you’ll be stuck in landscape unless you manually change the screen orientation again.

Another problem is that Ubuntu doesn’t natively detect the screen as having a high pixel density, so everything looks really, really tiny. You may be able to get around that by installing a different GNU/Linux distribution or by using something like the Ubuntu Tweak Tool. But since I only tested Linux by running from a LiveUSB, I didn’t spend a lot of time looking for ways to change the display scaling. 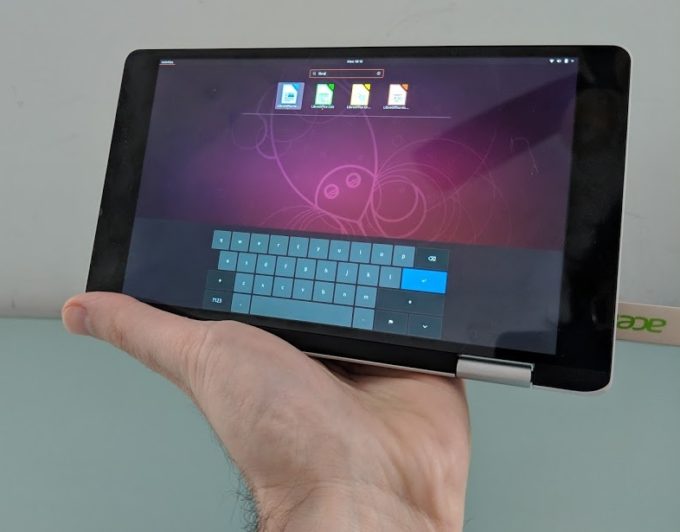 I also haven’t run any extensive tests to see how battery life with Ubuntu compares to the 3-4 hours of run time I’m getting while using Windows on the machine.

Finally, while the keyboard and optical touch sensor (which is used instead of a touchpad) work just fine, touchscreen and pen input can be a little finnicky. That’s probably at least partially due to the display scaling issue. But overall I find that if you want to use the One Mix 2S Yoga primarily in laptop mode, Ubuntu seems to work just fine. Switching to tablet mode and relying on touch input seems slightly less feasible, but folks with better Linux troubleshooting skills than mine may find workarounds. 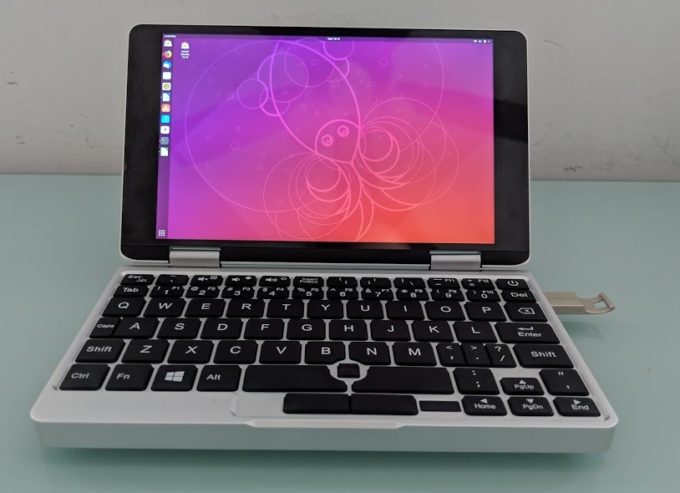 The tiny laptop is a little small to use for general purpose work, but it weighs just over a pound and isn’t much larger than a smartphone, making it easy to carry with you to places you might not normally take a laptop. The best computer for the job is probably the one you’re most likely to carry with you all the time.

Geekbuying provided Liliputing with the demo unit featured in this article, and the retailer is currently selling the One Mix 2S + pen for $670, but the first 100 people to use the coupon code liliput2s can pick one up for $660 (note that the price goes up after Black Friday). 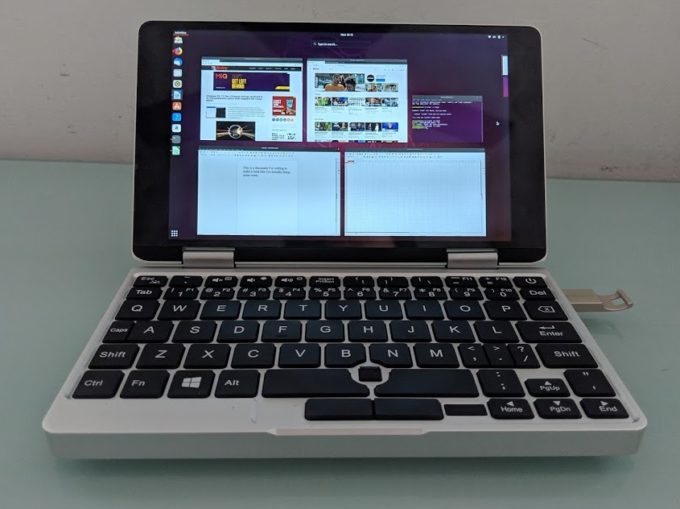