Remix OS is a custom version of Android designed to make Google’s mobile operating system behave like a desktop OS. It has a taskbar, a desktop, and a start menu. More importantly, it allows you to run most Android apps in resizable windows that you can position anywhere on the screen, making it easy to view multiple apps at the same time.

When Jide first launched Remix OS in early 2015, it was only available for the company’s own Remix Ultra Tablet. But the company eventually released custom ROMs for the Google Nexus 9 and Nexus 10 tablets, launched the Remix Mini desktop PC, and worked with other device makers to make Remix OS available for some third-party tablets, notebooks, and TV boxes.

Now Jide is making it easy for anyone to try Remix OS on their existing hardware. All you need to do is download the new Remix OS for PC software, use it to prepare a USB flash drive, and you can boot your computer from that drive to run Remix OS. 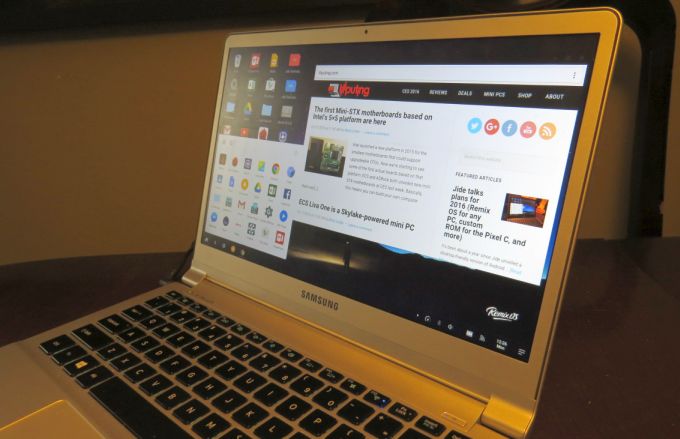 Remix OS for PC was developed in partnership with the Android-x86 project, which has been providing versions of Android that are optimized to run on computers with Intel and AMD chips for years. But up until now most of those optimizations included hardware support, while Remix OS is also designed to make the user interface feel more desktop-like.

There are a few things to keep in mind. First, you’ll want a USB 3.0 or faster port for the best performance, as well as a reasonably fast USB flash drive with at least 8GB of space. Second, you’ll need a computer that allows you to disable Secure Boot and use Legacy Boot mode… at least for now.

Update: Jide has released an official build for UEFI firmware, which you can download from the Remix OS for PC website.

That said, the software that’s being release on January 12th is still an early, “alpha” version of Remix OS for PC. Future versions will likely fix bugs, improve performance, and add support for additional hardware.

If you’re using a Windows computer, you can load Remix OS onto you flash drive using the tool included in the Remix OS download. Mac or Linux users may be able to use UNetbootin or another tool to load the Remix OS ISO onto a flash drive.

I was able to try Remix for PC on my Samsung Series 9 notebook by pressing F2 to get into the firmware settings and choosing the option to disable Secure Boot. If you have a different PC, you may need to try a different Fn key to get into settings or access the boot menu.

When you boot from the USB flash drive you have the option to use a Guest Mode that won’t save any changes (this is sort of like running a Linux LiveCD or LiveUSB) or a Resident Mode that will save your data and other changes. This lets you install apps, login to your accounts, load documents, media, or other files and ensure that they’ll be available the next time you login to Remix OS.

You should even be able to insert the USB flash drive into a different computer and pick up where you left off. 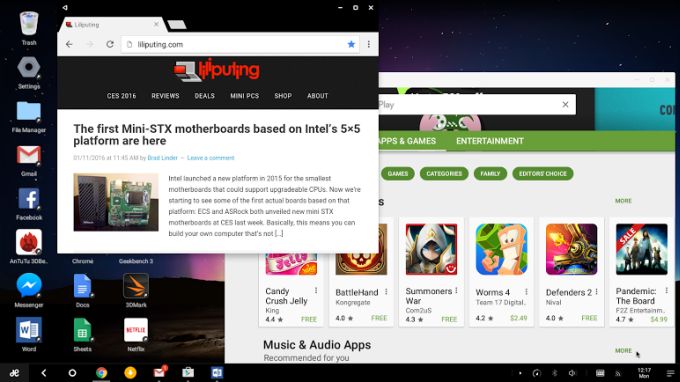 Not everything works on my laptop. YouTube plays videos smoothly, but Netflix doesn’t seem to want to stream movies at all. And it’s interesting to note that this laptop with a Core i5 Sandy Bridge processor and 4GB of RAM scores higher than most smartphones in the AnTuTu benchmark, but its score of about 90,000 roughly ties that for the Huawei Mate 8 smartphone. Does that mean the phone is really as fast as a computer with a 4-year-old chip? Maybe… but it could also mean that the OS and benchmark aren’t really optimized for this type of hardware yet.

As I mentioned in my reviews of the Remix Mini and Remix Ultra Tablet, I think Jide has done a better job than any other company in making Android feel like a full-fledged desktop operating system. But that doesn’t mean the experience is perfect.

For example, when you’re scrolling through web pages in the Chrome web browser, the tab bar at the top of the page will sometimes disappear. You have to scroll up a bit before you can see the tabs again. It makes sense for that to happen if you’re using a phone, since it maximizes screen real estate. But it’s disconcerting when it happens on a desktop or notebook with plenty of screen space. 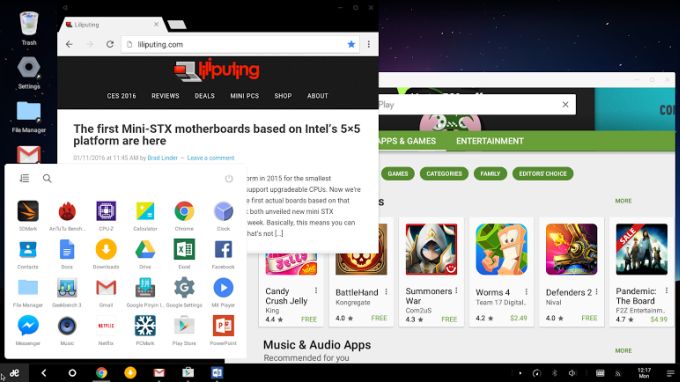 And when you want to bring up a context menu in the app menu, you can right-click to see options to pin apps to the taskbar or uninstall them. But if you try right-clicking on a link in a web browser or other Android apps it’ll usually have the same effect as a left-click (or a tap with your fingertip). In order to bring up a context menu in apps, you’ll probably have to click-and-hold your mouse button.

Jide does include an experimental zoom feature that lets you hold the Ctrl+Alt buttons while moving your mouse scroll wheel to zoom. This comes in handy if you’re using a device that doesn’t have a touchscreen, since many Android apps expect you to be able to pinch-to-zoom. You’ll have to open the Settings menu and go into the Experimental sub-menu to enable this zoom feature.

You should be able to install Remix OS to your hard drive or solid state disk if you’d like, either by wiping you current operating system or creating a separate partition and setting up a dual boot environment. But Jide hasn’t provided instructions for doing that yet, I’m not sure I’d recommend doing that unless you’re an advanced user and you’ve already ensured that the software works well on you computer.

Remix OS may feel a little under-featured compared to a desktop operating system like Windows, OS X, Ubuntu, or Linux Mint. But Jide co-founder David Ko tells me a big part of the goal isn’t getting people to switch from Windows to Remix OS, but getting people who’s first experience with software was on a smartphone to use a desktop OS that features familiar apps and settings.

There are a lot of people in developing nations who may never have used a laptop, but who already have a smartphone, and Remix OS is aimed at them as much as it is at power users willing to do geeky things like download and test a new operating system that you can run from a USB flash drive.

Update: Want to try Remix OS in a Virtual machine? You can do that… although the simplest way is to use guest mode and boot from the ISO disk image. This is what Remix OS looks like running in VirtualBox on my Windows 10 PC: 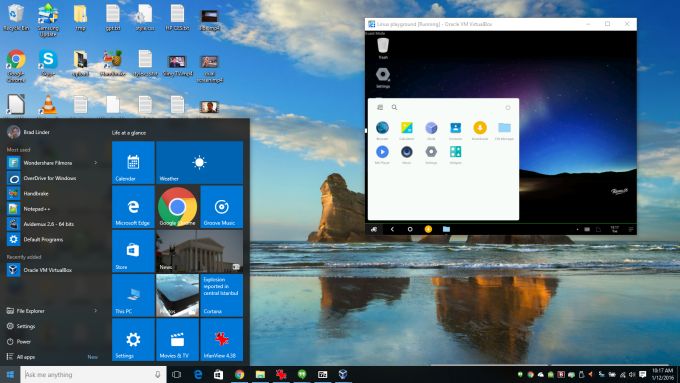 Some users have found ways to get the operating system to work in virtual machines using Resident Mode a well.

It’s also worth noting that the version of Remix OS for PC released to the public on January 12th only support computers with 64-bit processors, and unlike the version on the USB stick Jide provided me with at the Consumer Electronics Show, the downloadable version lacks Google Mobile Services and Google Play Store support.

Update: Jide says it’s working with Google to enable support for Google Mobile Services and the Google Play Store, but for now the company recommends side-loading it yourself.

Keep in mind, Remix OS for PC is still very much alpha software, but if you want to work with other testers to troubleshoot issues, there’s a Google Group for that, as well as the official Jide forums.