While a number of cheap netbooks ship with solid state disks in lieu of hard drives, they tend to be cheap solid state disks. This means that while you get one of the advantages of flash memory (no moving parts to break), you also often wind up with computers that feel sluggish compared to hard drive equipped models. A handful of third parties including RunCore offer higher performance solid state disks that you can use to upgrade a netbook by replacing an existing hard drive or SSD. And today RunCore announced a new line of SSDs including a number that should be ideal for netboks and ultraportable computers.

The disks range in capacity from 32GB to 256GB. The models that should be of most interest to netbook users top out at 128GB, but since most netbooks come with 160GB of storage space or less, that shouldn’t really be a big concern. RunCore’s new Pro IV SSDs are available as 1.8″ disks, 2.5″ disks, and PCI-E 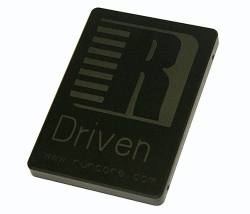 disks, with SATA and PATA versions.

The RunCore Pro IV disks should be available in August, with prices ranging from $179.99 for a 32Gb disk to $899.99 for the 256GB versions. You can find more details in the company’s press release.

Update: Want to know how much faster the RunCore SSD is than a typical hard drive? Netbook News posted a video showing two HP Mini 1000 models, one with the standard 4200rpm hard drive (which is admittedly, slower than the 5400rpm hard drives found in most netbooks), and another with a RunCore Pro IV SSD. The results speak for themselves. Check out the video after the break.