Want a smartphone that looks like a pocket watch? A company called Monohm introduced one at Mobile World Congress this week. It’s called the Runcible and it’s designed to be attractive and simple. The Runcible runs Firefox OS, but one of the key features is what the phone doesn’t do: it doesn’t beep or vibrate to let you know about incoming messages.

Monohm wants it to be a device that isn’t constantly demanding your attention, but is there when you need it.. like a pocket watch.

2022 Update: Runcible garnered a lot of attention when it was first unveiled in 2015, but after raising nearly $300-thousand in a crowdfunding campaign the following year, the device never shipped to backers. The original article continues below. 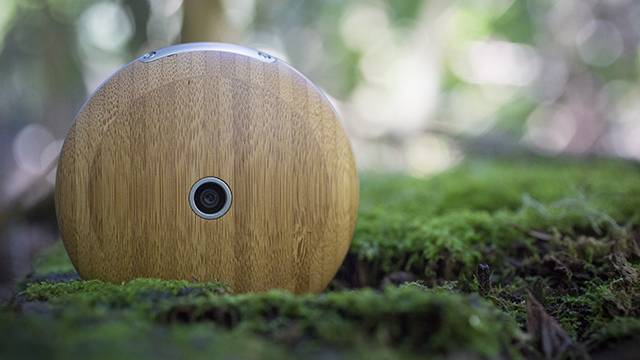 The back of the phone is a circular piece of wood with a hole for a camera. The front features a round touchscreen display which you can use as a watch, phone dialer, camera viewfinder, and more.

It supports WiFi, Bluetooth and LTE and supports web browsing, phone calls, and text messages, among other things.

But the Runcible won’t beep to let you know when there’s activity on your social networks. When you use the navigation feature you won’t see a map… instead it’ll work like a compass with an arrow pointing you in the right direction.

Monohm is positioning the Runcible as a niche device. It won’t do some of the things you expect from a smartphone and many of the things it does, it does differently. But maybe that’s something some people are looking for.

via CNET, Mashable, Engadget, and The Verge

16 replies on “Runcible is a circular, Firefox OS smartphone with a wood case”