Google and VMware are taking steps to position Chromebooks and Chrome OS desktops as thin client PCs that let users run Windows apps from anywhere. The companies make the case that businesses can cut down on IT expenses this way while offering users the ability to run desktop apps as if they were web apps. 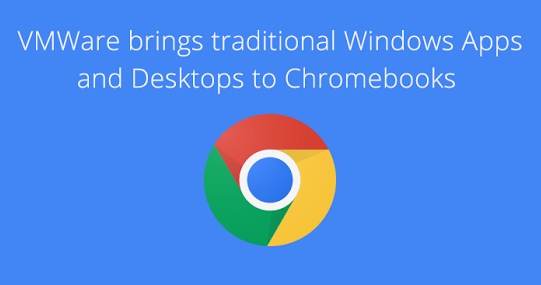 While Chrome OS is a browser-based operating system that normally can’t run Windows apps like Office, you can use a Chrome device to login to a remote machine and run enterprise and desktop apps to your heart’s content.

The move makes sense for IT pros for a few reasons. First, Chrome hardware is usually pretty cheap. You can pick up a Chrome laptop or desktop for a few hundred dollars.

Second, support should also be relatively cheap. Google pushes out Chrome updates automatically so Chromebooks and Chromeboxes are pretty easy to keep up to date. And since web apps are sandboxed away from the core operating system, it’s pretty hard to install malware.

While VMware is one of the biggest players in the virtual desktop space, this isn’t the first time we’ve seen Chromebooks positioned as thin client devices for running apps on remote servers.

Back in 2011 the city of Orlando started using Chromebooks, VMware, and software from Ericom to do something similar. And there’s no shortage of consumer-friendly apps that let you remote control a PC using a Chromebook. Google even offers its own Chrome Remote Desktop app that you can use to take control of a PC from a Chromebook.

Still, this is another sign that Google sees a place for Chrome OS in enterprise environments. The company recently launched Chromebox for meetings, a $999 Chrome-based video conferencing system. And this week Google is also demonstrating how Chromeboxes can be used as inexpensive digital signage machines.

via Google and VMware