There are a lot of things you can do with a Chromebook. While Google’s Chrome OS is an operating system based on a web browser, there are plenty of web-based games, office suites, email services, and other apps. And now that Google is bringing support for Android apps, there are more than a million app that you can download and install on a Chromebook.

Now you can also run some Windows programs and games on a Chromebook.

For years, a company called CodeWeavers has been offering software called CrossOver that lets you run some Windows software on Linux and Mac computers. On August 25th, the company released the first beta of CrossOver for Android… and it works with Chromebooks that support Android apps, allowing you to install desktop software on a Chrome OS laptop… in a kind roundabout way. 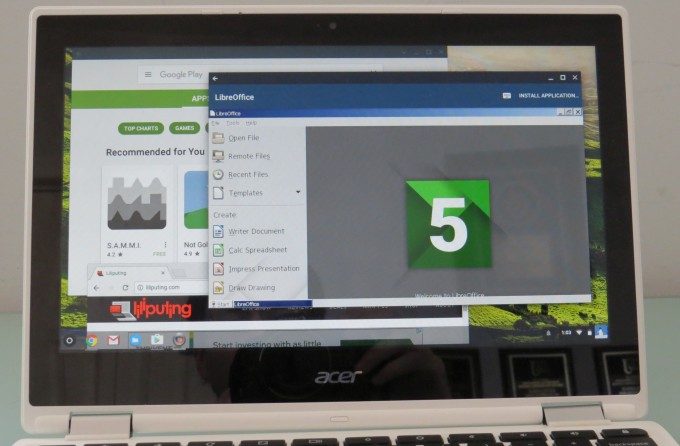 Essentially here’s how to run a Windows program on a Chromebook: Install the CrossOver Preview app for Android from the Google Play Store, run it as an Android app, and then download and install any Windows software you want to run.

Now every time you want to run that Windows program, you’ll need to open CrossOver… which means that your Windows app is running inside an Android app… on a Chromebook (potentially).

CrossOver for Android currently only works on devices with Intel processors, which rules out the vast majority of Android phones and tablets. But there are two Intel-powered Chromebooks that currently support Android apps: the Google Chromebook Pixel (2015) and the Acer Chromebook R11.

Acer loaned me a Chromebook R11 recently, so when I got an invitation to join the CrossOver for Android beta I was able to take it for a spin on Acer’s laptop.

Installing CrossOver was just as easy as installing any other Android app, and the first time you open the app you’ll what looks like a very basic Windows 2000-style desktop with a taskbar and start menu.

From here, you can install applications two different ways: open the app installer and search for the software you want to install and have CrossOver download the program and any other software that’s required to run it, or just try downloading an installer from the web. 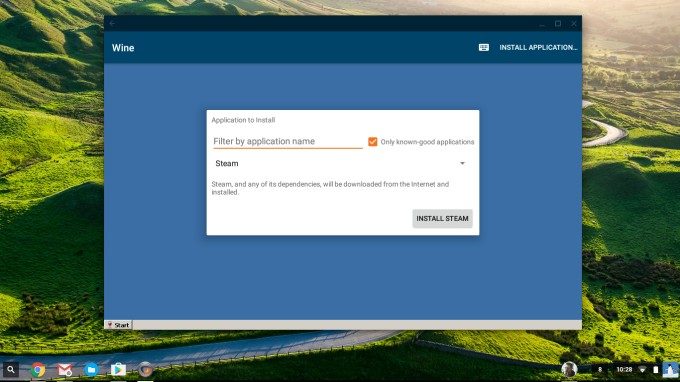 Both can be a little hit-or-miss. I couldn’t get my favorite image editor, Irfanview, to run after I installed it. But I had no problem downloading LibreOffice and AbiWord from the web and installing them. And I was able to use the CrossOver app installer to download and install the Firefox web browser and Steam Game Client.

There’s not a lot of free space on my Chromebook, so I didn’t have room to try downloading any recent games. But System Shock 2 installed with no problems. 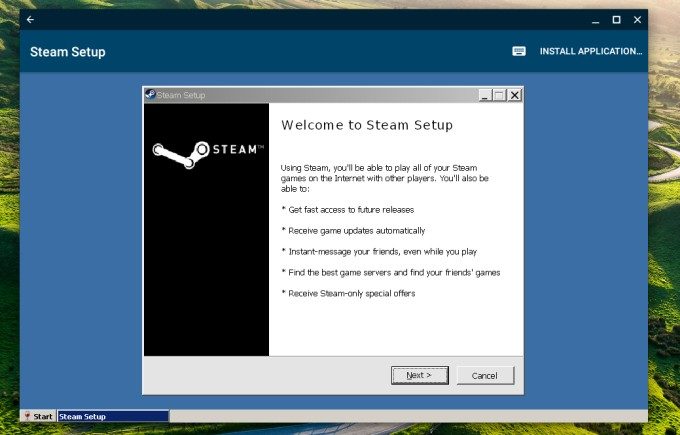 I’m not really a big fan of first person shooters, but it was one of the few games in my Steam Library that was small enough to download.

Playing the game is… a little tricky. There’s a bit of lag as I move my mouse cursor to change camera angles, but everything seems fine when I use the arrow keys on the keyboard to move. 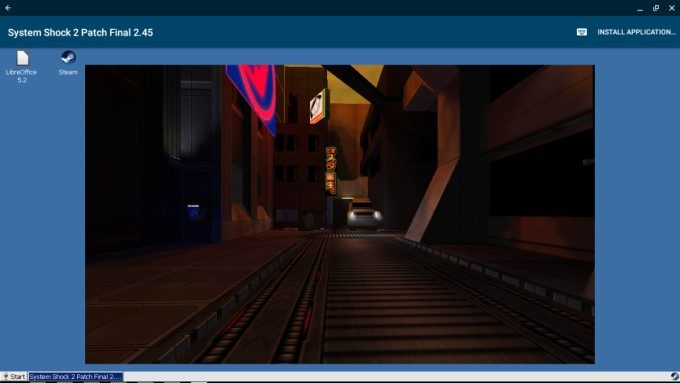 When I first started using CrossOver a few hours ago, I was able to maximize the window so that it filled the Chromebook’s entire display. Doing that caused the user interface to look a bit odd, but exiting the app and re-launching it seemed to resolve the issue.

But by then the Chromebook had downloaded an OS update, so I decided to reboot and install it… at which point I could no longer get CrossOver to work properly in full screen mode.

At this point, CrossOver for Android (on Chrome OS) is still very much a work in progress. Hopefully there’ll be less lag in the future and fewer problems changing the window size. 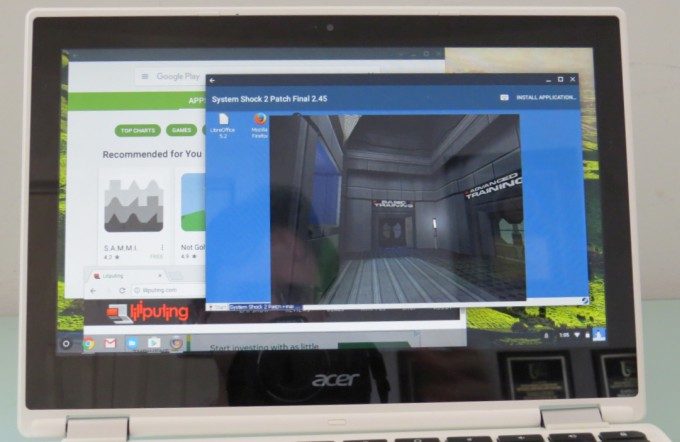 Overall, the preview shows a lot of potential though. Theoretically it could make Chromebooks a lot more viable for people that have a few Windows apps or games they just don’t want to give up.

There are a few things to keep in mind though.

CrossOver for Android is free to try while it’s in beta, but there’s a good chance CodeWeavers will eventually charge something for it. The company’s prices for its Mac and Linux software ain’t exactly cheap.

Second, while a lot of Windows software can run in CrossOver, not every program will work. There are a lot of programs and games that aren’t supported by CrossOver for Mac or Linux, so they won’t run on CrossOver for Android either.