The Zotac ZBOX PI320 pico is a tiny desktop computer that’s small enough to fit in the palm of one hand. The $200 computer features an Intel Atom quad-core processor, 2GB of RAM, 32GB of storage, WiFi, Bluetooth, Ethernet, HDMI, and 3 USB ports. And it runs Windows 8.1 software out of the box.

While it’s that last part that makes the ZBOX pico different from some of the other mini PCs on the market, you might not want to run Windows. So can you install a different operating system? 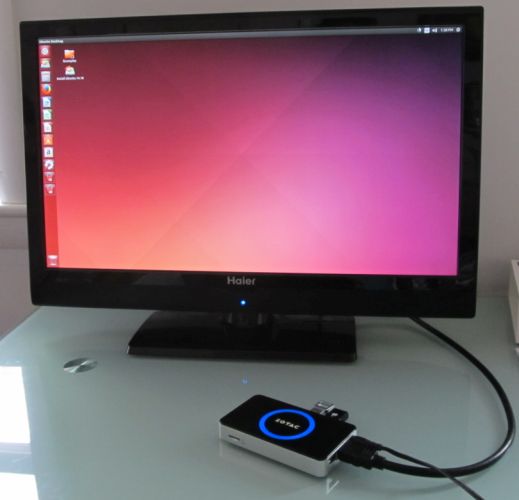 Officially the PI320 only supports UEFI bootable media and it can only support a 32-bit UEFI BIOS. Since most Linux installations that support UEFI are currently 64-bit builds, you can’t simply load the 32-bit versions of Ubuntu, Mint, Fedora, or other popular operating systems on the ZBOX PI320 pico and expect them to work.

But there is a workaround that can get you part of the way there. You can create a bootable USB drive containing a 64-bit operating system and a 32-bit bootloader. The process is almost exactly the same as the steps I took get Ubuntu to run on an Asus Transformer Book T100 tablet last year. That’s another computer with an Intel Atom Bay Trail processor. 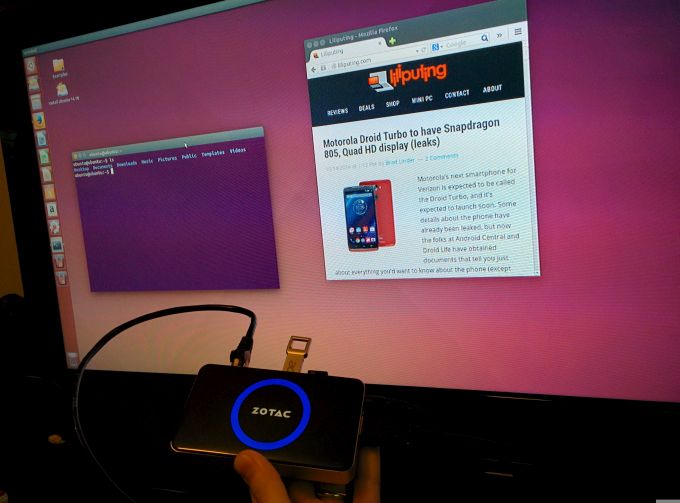 I was able to boot an Ubuntu LiveUSB using this method. I could probably have gone ahead and installed Ubuntu as well, but while Ethernet was working, WiFi was not. There may be other hardware that’s not yet supported.

If you want to run a fully functional Linux operating system on a device like the ZBOX PI320 pico, you may have to troubleshoot the hardware drivers yourself… or wait for a Linux distro to add 32-bit UEFI support. For now, Linux support is limited at best.

Want to create your own bootable USB flash drive capable of running on the ZBOX pico or another 32-bit UEFI-only device with an Intel Bay Trail processor? John Wells has posted some easy-to-follow instructions for the Transformer Book T100.

The first section tell you almost everything you need to know to prepare a bootable USB flash drive that will work with the pico.

In a nutshell do the following things on a Windows computer (the steps would be similar, but the tools different if you’re using a Linux or Mac system):

At this point all you need to to is eject the flash drive, connect it to the device you want to use it to, and convince that computer to load software from the USB drive instead of from internal storage.

In the case the Zotac ZBOX PI320 pico you do this by pressing the power button to turn on the computer, hitting the Esc or Del keys before you see the splash screen, and entering the UEFI settings. 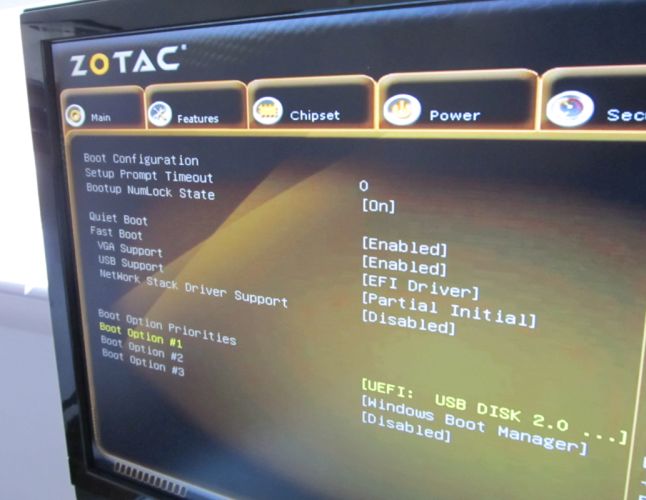 From there, make sure Secure Boot is disabled, and navigate to the Boot tab and make sure the USB 2.0 option is higher in the list than “Windows Bootloader.”

Hit F10 to save and exit, and your system should reboot to the GRUB bootloader. The top option should let you try Ubuntu without installing it. I highly recommend using that option before deciding whether you want to install Linux on this system, since it gives you a chance to see which hardware components are working and which ones are not. 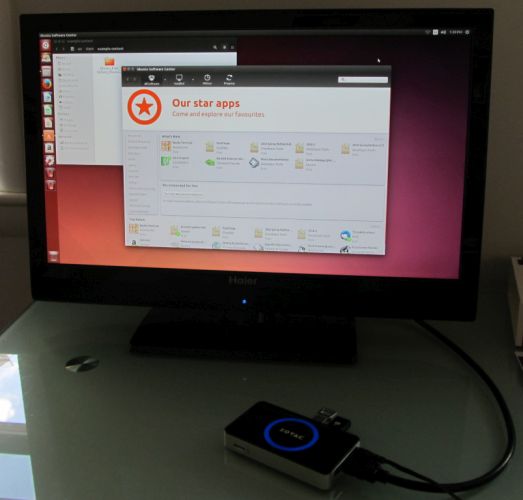 Update: If you want to create a dual-boot setup, you’ll need to jump through some hoops in order to get the GRUB bootloader to display when you boot the system. Liliputing reader neverless lets us know that you can find instructions for doing that at the German LinuxForen.de forum.