Broadcom and Raspberry Pi recently released the source code and documentation for a chip similar to the one used in the group’s mini-computer. But open source code is only as good as the applications you can use it to build — so the team also challenged the community by promising $10 thousand to the first developer who could port the software to work with the Raspberry Pi and get Quake III to run on the new graphics driver.

About a month later, developer Simon Hall claimed that bounty. 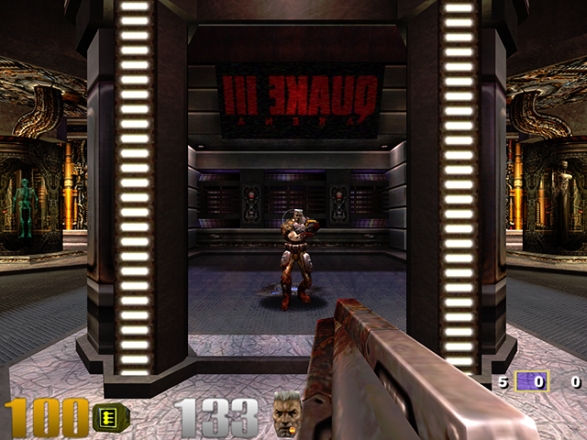 You can find instructions for configuring the Raspberri Pi with a new kernel that takes advantage of the open source driver at the Raspberry Pi blog.

It’s recommended that you have a Raspberry Pi with 512MB of RAM and an SD card with at least 8GB of storage. But it’s still kind of remarkable that you can run a 3D first-person shooter (even an older one like 1999’s Quake III) on a $35 computer at all.

The Raspberry Pi has a 700 MHz BCM2835 with VideoCore IV graphics. It’s a low-power, inexpensive ARM11 processor. The group behind the mini PC designed it as a device to make computers accessible to educators and students and offer a way to learn the basics of computers and programming. But the Raspberry has also proven popular with hobbyists building home media centers, low-power home servers, and even gaming machines.

Quake was already able to run on the Raspberry Pi, but up until now you’ve needed to use a closed-source, proprietary graphics driver to play the game.