Most new Android phones and tablets shipping this year are running Android 10 software, and Google is getting ready to release Android 11 this fall.

Meanwhile, Amazon’s latest tablets are running a fork of Android called Fire OS and some recent tablets are still stuck on Fire OS 6, which is based on Android 7.1 — an operating system released in 2016.

Amazon plans to update some of those tablets soon to the newer Fire OS 7, which is based on Android 9. But if you happen to have a 2018 Amazon Fire HD 8 tablet, there’s another option — install a custom ROM based on Android 10. 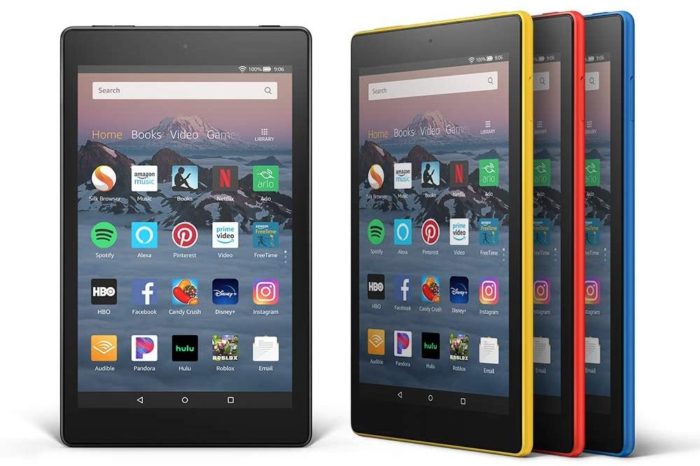 Developer Kaijones23 has released an early build of LineageOS 17.1 for the 8th-gen Amazon Fire HD 8, also known as the 2018 model or by its code-name “Karnak.”

This ROM is based on Android Open Source Project code, and is designed to replace Fire OS completely with an operating system that looks and works more like stock Android.

It’s also a work in progress with some known bugs. For example, as of mid-July, hardware-accelerated graphics and video weren’t supported, so you may have trouble getting video to play at a full 60 frames per second, among other things.

In order to install LineageOS 17.1 or any other custom ROM (there are also LineageOS 14.1 and 16.0 builds available for the tablet, both of which are more stable), you’ll need to unlock the bootloader and install the TWRP custom recovery tool.

Fortunately, that’s possible to do with the 8th-gen Fire HD 8, as it’s one of Amazon’s more hackable devices.

There’s currently no known way to unlock the bootloader of the newer 10th-gen, 2020 Fire HD 8 and Fire HD 8 Plus tablets, so there are no custom ROMs available for those models. But you can at least install the Google Play Store, disable some Amazon apps and features, and make some other modifications, even without root access or an unlocked bootloader.

I’m not sure I’d recommend anybody go out and buy a 2018 model now that the newer, faster versions are available. But if you happen to have one of Amazon’s older 8 inch tablets handy, you may be able to turn it into something closer to a stock Android tablet running more up to date software thanks to custom ROM developers like Kaijones23.