Microsoft is holding an event on October 6th, and the company is expected to use the occasion to unveil at least two new smartphones and one new tablet: the Microsoft Surface Pro 4.

Aside from the fact that the tablet will probably have a 6th-gen Intel “Skylake” processor, there’s not much we know about it… but there are rumors. 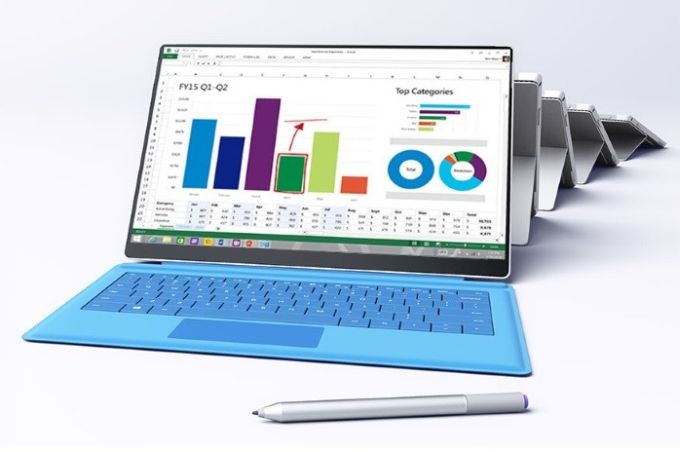 According to W4pHub, the tablet could have super-slim bezels on the top and sides of the screen, as shown in the mockup above. As Dell has shown with its XPS 13 and XPS 15 laptops, it is possible to make a nearly bezel-free computer. But it’ll be interesting to see if Microsoft can pull this off in a tablet form-factor, since bezels generally help you hold the tablet without accidentally pressing the screen.

W4pHub says the tablet could have a sort of “smart frame” that adjusts sized to make the bezels smaller when the tablet is used with a keyboard and larger when you hold it in your hands. If that’s true, I imagine it’s not the frame that changes size so much as the usable portion of the display: maybe black bars will pop up around the screen to create a bit of a virtual bezel.

According to a report from The Verge, Microsoft may also plan to increase the screen resolution. While the Surface Pro 3 has a 2160 x 1440 pixel display, The Verge suggests that the new model could have a 4K or 5K screen.

Moving from a 4th-gen Intel Core “Haswell” to a 6th-gen “Skylake” processor could give the tablet the graphics boost necessary to handle the higher-resolution display.

What features would you like to see in a 4th-gen Surface Pro tablet?