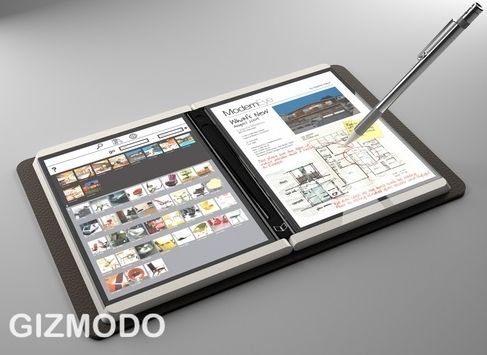 More details are emerging about that Microsoft tablet prototype that we first glimpsed a few days ago. Everything’s still firmly in the rumor category for now, but Gizmodo published a second concept video this morning which definitely gives the impression that the Courier is designed to be a glorified day planner and not necessarily a full-fledged computer. But here’s where things get interesting, ZDNet’s Mary Jo Foley reports that a reliable tipster tells her the Courier is actually running Windows 7 under the hood.

You won’t be able to install Windows 7 applications though. The OS will run a custom UI and custom programs designed for use with a touch interface. The idea is that the reason touchscreen Windows tablets haven’t really taken off in the past is because they’re not really made for use as touch devices. They have the right hardware, but they run software that’s designed for a mouse and keyboard with all sorts of toolbars, scrollbars, and drop down menus and so on. They’re not exactly finger-friendly.

If Foley’s source is correct, the Courier could hit the streets in mid-2010.

5 replies on “Rumor: Microsoft Courier tablet will run Windows 7, but not most Windows 7 apps”