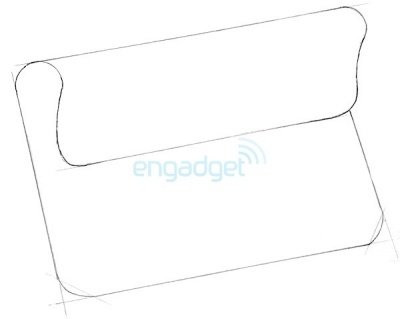 While virtually every PC and phone maker has announced plans to build a consumer tablet, Sony has been notably quiet. Now Engadget reports that not only is Sony working on a few new slates, but that the company is taking a wildly different approach.

Sony hasn’t confirmed Engadget’s reports, but this wouldn’t unusual. The company sat on the sidelines when netbooks began to flood the marketplace, and when Sony finally did launch a product in the space it was the Sony Vaio P, an unusually tiny 8 inch notebook with a crazy high resolution 1600 x 768 pixel display and a low power Atom processor. It wasn’t until much later that Sony finally got around to launching a standard 10 inch Atom powered notebook.

Enadget reports that Sony is working on a new device code-named the S1. It’s a 9.4 inch display and a customized version of Google Android 3.0 Honeycomb. It will feature integration with Sony’s Qriocity content store which offers music, videos, games, and digital books and will also feature Sony Playstation support, including the ability to play classic Playstation One games.

The tablet reportedly has an unusual design with a curved bump on one end, giving you something to hold onto (not unlike the Notion Ink Adam tablet). Engadget says the S1 features a 1280 x 800 pixel capacitive touchscreen display and a dual core NVIDIA Tegra 2processor. It reportedly has front and rear cameras, a USB port with host capabilities (meaning it can read USB flash drives or other devices).

According to Engadget the WiFi only version of the S1 will ship in September for $599. Of course, September is a long way away, so there’s plenty of time for specs, prices, and other details to change.

One reply on “Rumor: Sony working on top-secret S1 tablet”