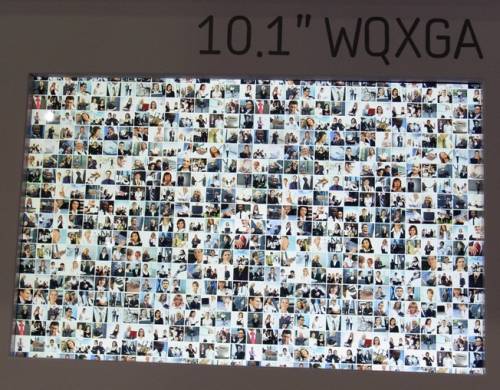 We’ve seen plenty of indications that Android tablet makers are readying new devices with 10 inch, 1920 x 1200 pixel displays. But BGR reports Samsung may be preparing to go a step further by launching a tablet with an 11.6 inch, 2560 x 1600 pixel display.

That would give the Samsung tablet a pixel density similar to the Retina displays found on the latest iPhone and iPod touch models. Apple is also rumored to be preparing an iPad with a Retina display.

According to BGR’s sources, the new Samsung tablet will be about the same size as a Galaxy Tab 10.1, but it will have a thinner bezel around the screen to make room for the larger display. The tablet is also rumored to have a 2 GHz Samsung Exynos dual core processor.

Samsung has been showing off a 2560 x 1600 pixel 10 inch display for a few months, so it’s certainly possible that the company could be preparing a tablet with a high resolution screen. And when the company introduced the Exynos 5250 chip a few weeks ago, Samsung made it clear that it would support screen resolutions as high as… you guessed it, 2560 x 1600 pixels.