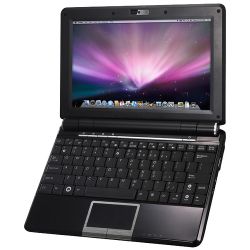 Update: It looks like this was a false alarm. A new developer build of OS X 10.6.2 brings back support for Atom processors.

Over the past two years pretty much every major PC maker with the exception of Apple has released a netbook. Most of them use Intel Atom processors. And you know what? It turns out it’s actually not that difficult to install Apple’s OS X operating system on most of those Atom-powered netbooks. The folks at Boing Boing even maintain a chart showing which netbooks are most compatible with the operating system.

But it looks like that could be about to change, because there are reports that OS X 10.6.2 will feature a number of changes in the way the operating system interacts with the CPU — and one effect is that the new version of OS X will not work with machines using Intel Atom processors.

It’s not clear whether this is an intentional move by Apple to discourage people from installing OS X on netbooks or if it’s just a side effect related to other changes. OS X 10.6.2 isn’t officially available yet, but it’s in the hands of some developers already, and according to StellaRolla, netbook hackintoshers may want to stick with version 10.6.1 when the update is available. If you’re using OS X Leopard 10.5.8, there’s  a goo change you’ll want to hold off on updating to 10.5.9 when that update is out, as it’s likely to have problems as well.

Of course, the OSx86 community is full of hackers with bright ideas, so this may just be a temporary roadbump for hackintosh netbook enthusiasts. But it’s too early to say for sure.

via Engadget and OS X Daily