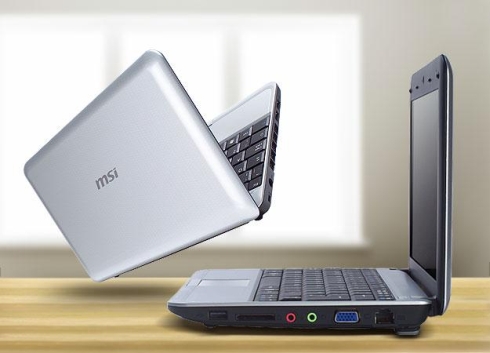 Microsoft extended the life of Windows XP in order to give netbook makers a low cost operating system that wasn’t too heavy on resources to run on netbooks. But the company has set some restrictions on the systems that qualify for a cheap Windows XP license, because it wants to keep selling Windows Vista licenses for more powerful machines (and eventually Windows 7 Home Premium).

In order to qualify, a netbook has to have a 10 inch or smaller screen, 1GB or less of RAM, and a 160GB or smaller hard drive. And now it looks like Microsoft may have added another restriction to the list: no dual SSD/HDD storage systems.

Right now that only affects one laptop: The MSI Wind U115, which uses a combination solid state disk and hard drive in order to help achieve battery life of 12 hours or more. But it also means that the new BenQ Joybook Lite U121 Eco announced this week won’t be able to run Windows XP. It also has an optional hybrid storage option. Of course, it also has an 11.6 inch screen, which probably means it wasn’t going to run Windows XP either… but I’m guessing this new restriction, if true could mean that neither the Wind U115 nor the Joybook Lite U121 Eco will be able to run Windows 7 Starter Edition when that operating system is available, and will instead have to use the higher priced Windows 7 Home Premium.

5 replies on “Rumor: No Windows XP for netbooks with hybrid storage”