Microsoft plans to announce something at an event in Los Angeles Monday. That much we know for certain. While the company hasn’t actually said what it will announce, sources have told The Wrap and All Things D that Microsoft will use the event to talk tablets.

But Microsoft has been talking about tablets for months. The upcoming Windows 8 and Windows RT operating systems are designed with touch input front and center, and many features may even be easier to use on tablets than traditional notebook or desktop style computers.

What could make this event unusual is an announcement that Microsoft isn’t just licensing its software to third party device makers — but could actually build and sell its own tablet. And that’s just what The Wrap and All Things D report the software company is preparing to do. 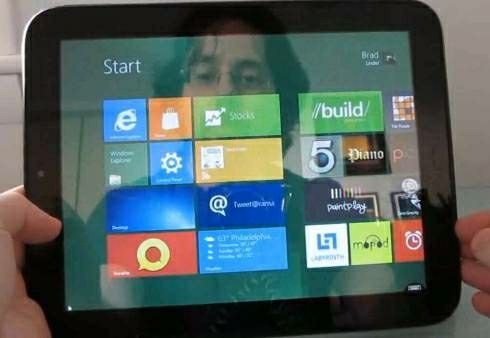 The move could put Microsoft in a better position to compete against Apple in the tablet space. Apple controls the hardware and software for its popular iPad line of tablets, which allows the company to set competitive prices and maintain relatively high quality and performance standards.

But if Microsoft produces its own tablet hardware, the company will also be competing with the hardware makers that are Microsoft’s traditional partners. The company still makes most of its money by selling software designed to run on computers from Acer, Asus, Dell, HP, Lenovo, Samsung, Toshiba, and other PC makers.

They probably wouldn’t be particularly happy if they have to compete with Microsoft on the hardware front and pay the company licensing fees for its Windows operating system.

It’s not clear whether the rumored Microsoft tablet would feature an x86 processor and full Windows 8 operating system or an ARM-based CPU and the stripped-down Windows RT software. My guess is it would be the latter — as that would help distinguish Microsoft’s tablets from those of most of the company’s partners/competitors.

Earlier this month we saw an awful lot of notebook and convertible tablets designed to run Windows 8 on display at the Computex trade show in Taiwan — an event where PC makers often trot out prototypes of the computers that will go on sale in the second half of the year. But there weren’t very many Windows RT devices on display at the event… suggesting that Microsoft wouldn’t be competing with its partners very much if it released its own ARM-based tablet.

At least two companies, Asus and Dell, are expected to offer Windows RT tablet during the second half of 2012 though.

This wouldn’t be the first time Microsoft has produced its own hardware. Microsoft’s Zune media player and Kin smartphones weren’t very successful. But the Xbox and Xbox 360 video game consoles are among the most popular gaming platforms in the world.

12 replies on “Rumor: Microsoft to build its own Windows tablet”