So far Intel has only unveiled one product that uses this design — the upcoming Intel Lakefield processor that will power mobile devices like Microsoft’s Surface Neo dual-screen tablet.

But according to information leaked by members of Chinese forums, Intel may be bringing similar designs to its desktop processors soon. 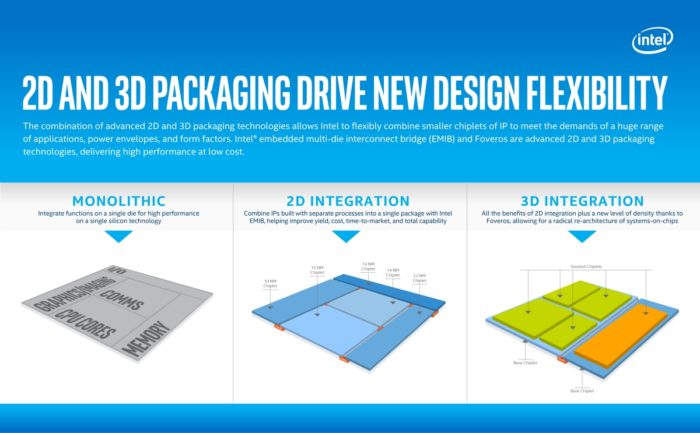 An unannounced line of desktop processors code-named “Alder Lake S” are said to include 80 watt to 125 watt desktop processors that use a new LGA1700 socket and which will be available with up to 16 CPU cores… including 8 high-performance and 8 energy-efficient cores:

To break down the numbers in parenthesis, the first digit is “big” CPU cores; the second is “small” CPU cores, and the third is for the GPU, indicating that these will have entry-level Intel integrated graphics.

If the idea of combining “big” and “small” CPU cores in a single chip sounds familiar, that’s because ARM has been doing this for years with its big.LITTLE designs which enable chips that can balance performance and power consumption depending on what they’re being asked to do.

Often the advantage of multi-core chips with multiple architectures is that you may not need a energy-sucking, high-performance chip for some activities. So why not switch to a more efficient set of CPU cores to extend battery life or cut your energy bill when you don’t need to be running at full speed? But for some tasks, phones, tablets, or other computers may be able to leverage all of a chip’s CPU cores (and threads) for quick bursts of performance that might exceed what you could get using just the “big” CPU cores on their own.

There’s no word on when these Alder Lake chips will hit the street, but VideoCardz speculates that these could be positioned as 12th-gen Intel Core chips, which suggests we could be waiting a while.

5 replies on “Rumor: Intel “Alder Lake-S” could be a 16-core desktop processor (with big.LITTLE-like design)”