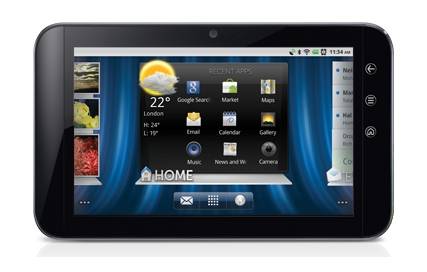 At first glance you could be forgiven for mistaking the Dell Streak 7 for just another Android tablet. It has the NVIDIA Tegra 2 dual core processor that’s all the rage these days, and access to the Google Android Market. The front of the device is mostly screen, and the Streak 7 comes in 4G and WiFi-only models.

But there are a few things setting the Dell Streak 7 apart from other recent tablets from big-name computer makers. It’s smaller, with a 7 inch display. It has a lower screen resolution, at 800 x 480 pixels. And it runs Google Android 2.2, which was designed for phones rather than tablets, while most of its peers are sporting Android 3.x Honeycomb.

Hackers have been installing Honeycomb on the tablet unofficially for a while, but now the folks at StreakSmart are reporting that Dell could push an official Honeycomb update in September.

The timing would make sense. While most early Honeycomb tablets has 1280 x 800 pixel displays, Google recently released Android 3.2 which adds support for additional screen sizes. It would probably take Dell a little time to tweak the software to work on its tablet before the company would release an update.

The move would breathe a little extra life into one of the first NVIDIA Tegra 2-powered tablets to hit the streets. Unfortunately StreakSmart says the software update will only be available for the WiFi version of the tablet, not the recently discontinued T-Mobile HSPA+ 4G model.