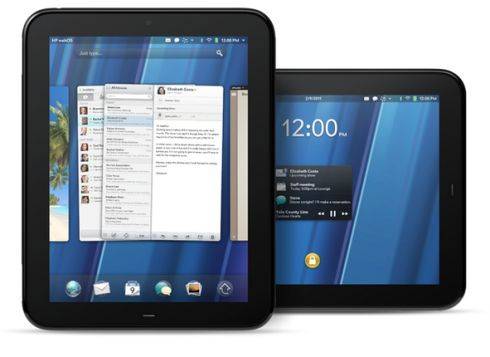 The HP TouchPad is one of the few tablets to launch this year that doesn’t run Google Android. The only other big name tablets in this class would be the BlackBerry PlayBook and the market-leader: the Apple iPad 2. But while the TouchPad’s webOS operating system helps set it apart from the crowd, it doesn’t necessarily help the tablet sell.

AllThingsD is reporting that electronics retailer Best Buy received 270 thousand tablets from HP this summer — but has only managed to sell about 25 thousand to consumers. Best Buy is reportedly asking HP to take back some of the tablets.

This is a pretty good illustration of the difference between shipments and sales. When companies talk about the number of products they’ve shipped during a given period, they typically talk about how many units have been sold to retailers. Those figures don’t tell us how many are still sitting on store shelves. So while HP could likely make the case that it’s shipped a fairly large number of TouchPads, if the Best Buy figures are accurate, it looks like the product is significantly less popular with consumers.

This story follows news that HP had dropped the price of the TouchPad by $100 to make it more competitive. We’ve also seen the tablet, which launched at a $499 price point just a last month, sell for as little as $300.

It’s possible that there is still demand for the HP TouchPad tablet, but that consumers are reluctant to purchase until they know they’re getting the best price. After all, why pay nearly $500 when you can get the same product for $300? But HP has always been a company that runs promotions allowing customers to pick up computers and accessories at deep discounts on an ongoing basis. Some folks look for those sales, and others are unaware of them and pay full price.

A more likely explanation is that HP faces an uphill battle convincing consumers that a tablet that doesn’t run the popular iOS or Android operating systems can be at least as useful as devices from the competition, even though there are far fewer third party apps available for the platform today.

The HP TouchPad has a 9.7 inch, 1024 x 768 pixel capacitive touchscreen display, a 1.2 GHz Qualcomm Snapdragon dual core processor, and webOS 3.0 operating system. The tablet is available with either 16GB or 32GB of storage.

16 replies on “Rumor: Best Buy unable to sell 90% of its HP TouchPad stock”