Google will hold it’s annual I/O conference for developers during the last week of June, and the company has a habit of unveiling new versions of its Android and Chrome operating systems — and sometimes new hardware as well, at these events. So it’s no surprise that rumors have been floating around, suggesting the next Google “Nexus” device will be unveiled at this year’s conference.

Now the folks at Android Authority say they have some slightly more solid information: An anonymous Auss official told them recently that Asus is partnering with Google on a Nexus tablet — and it will be announced by the end of June. 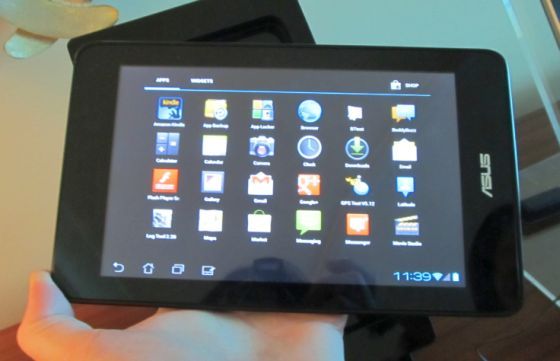 In January Asus unveiled a 7 inch tablet expected to feature an NVIDIA Tegra processor and a price tag of $249 or less.

Last month NVIDIA announced it had developed a reference platform for inexpensive tablets featuring Tegra 3 quad-core processors that could sell for $199 or less.

It’s very likely that the two platforms are related and that the Asus tablet will be based on the NVIDIA Kai platform when it hits the streets — and it’s also likely that both Asus and NVIDIA are working closely with Google to offer a decent tablet experience on inexpensive hardware.

Apple currently dominates the tablet market. There are dozens, possibly hundreds of Androd tablets available. But in the markets where the iPad is available, Apple sells more tablets than all of its competitors combined.

The Android tablets that have been the most successful have been inexpensive devices such as the Amazon Kindle Fire. So while companies such as Motorola and Samsung originally tried to compete with the iPad by offering more features (such as removable storage or 4G LTE), the latest trend has been to compete on price. We’re seeing a growing number of Android tablets from big name companies with prices well below the $399 starting price for an iPad 2.

So it makes sense that Google and its partners plan to push value rather than bleeding edge performance for the next line of flagship devices.

While Asus is widely rumored to be the company behind the next Nexus tablet, there’s also a rumor making the rounds that we could see multiple Nexus devices. While that might happen later this year when the next crop of Android phones and tablets are ready to launch, I also wouldn’t be shocked if Google decides to show off a number of tablets based on NVIDIA’s Kai platform at I/O this year.

Acer already seems to be working on a device similar to the rumored Asus Nexus tablet.

One reply on “Rumor: Asus Nexus tablet coming this month”