It’s been a year and a half since Rufus Labs launched a crowdfunding campaign for a wrist computer that puts a 3.2 inch touchscreen on your arm. Now the company says it’s getting ready to ship the Rufus Cuff in early 2016.

This week USA Today went wrist-on with the largest smartwatch you’ve ever seen. 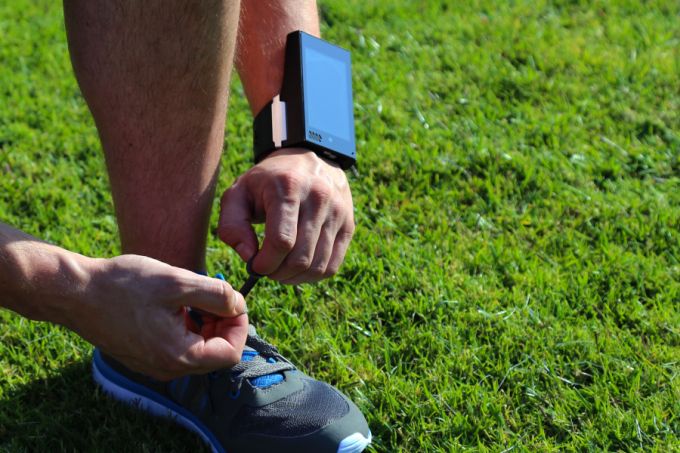 The Rufus Cuff is basically a smartphone that you can strap to your wrist. It offers more screen real estate than a typical smartwatch, which lets you do things like type with an on-screen keyboard reasonably comfortably. And since it runs the full Android operating system instead of Android Wear, it supports hundreds of thousands of apps.

While that might not make the Rufus Cuff useful enough as a consumer device to justify just how awkward and geeky it looks, there may be another usage scenario: the company recently put out a demo video showing how the device could be used in industrial settings where a wearable display that you can operate with one hand and hold without any hands might be useful.

The Rufus Cuff supports WiFi and Bluetooth but lacks cellular connectivity. So while it’s kind of billed as a device that replace a traditional watch and phone, that’s only true if you don’t need to make calls or use it on the go without tethering to a watch.

While there’s really not much else like the Rufus Cuff on the market, the specs still seem kind of dated for a product that’s going to launch in 2016. It has a TI OMAP 4 ARM Cortex-A9 processor and Android 4.4 KitKat software.

Other features include an 1175 mAH battery, a TFT capacitive toucshcreen display, 16GB to 64GB of storage, GPS, a speaker, dual microphones, a front-facing camera, and a splash-resistant design.