A few months after Royole introduced the first real smartphone with a foldable display, the company is showing off the Royole FlexPai at the Consumer Electronics Show this week.

It’s basically a 7.8 inch Android tablet that you can fold in half to use as a phone… but it’s a funny looking one. 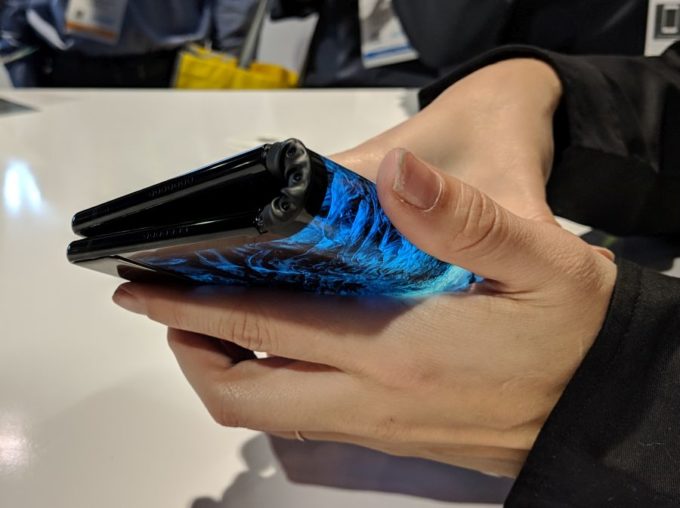 The device doesn’t really fold flat, so there’s a bit of a gap that reminds me of the first-gen Microsoft Surface Book hinge when you’re using the FlexPai as a phone. In the demo I saw, the user interface did indeed change depending on the state of the device… but I still couldn’t help but think that the FlexPai seems more like a late-stage prototype than a real product.

The display may be flexible, but the plastic section around the folding section looks pretty janky. In tablet mode, the device doesn’t seem entirely flat — you can sort of see a bump where it folds. And the software seems a bit sluggish when it comes to switching from one mode to another.

I’m not sure this is a phone I’d want to buy — even if it isn’t just the first phone with a folding display, but also the first with a Qualcomm Snapdragon 855 processor.

It’s also super-expensive, with a starting price of $1290 for a model with 6GB of RAM and 128GB of storage.

But as a technical demonstration of Royole’s flexible displays, it’s pretty neat. The FlexPai has a 1920 x 1440 pixel display that divides up into three sections when folded in half – the front, the back, and the edge, which can display notifications along a 1440 x 390 strip of what would otherwise be no-man’s land. 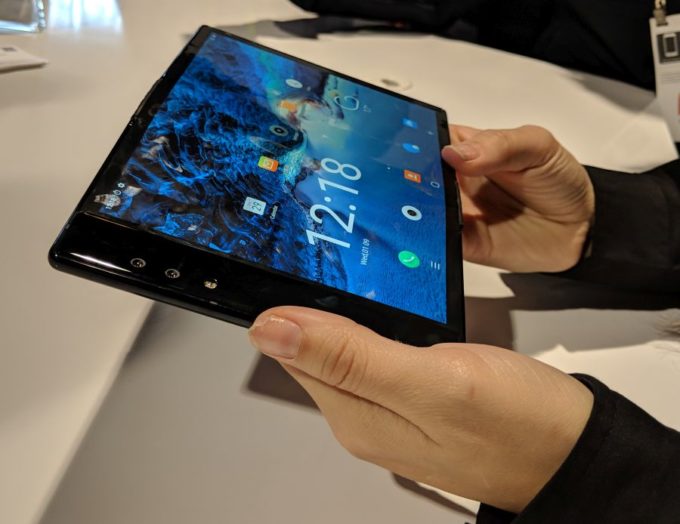 I didn’t get a chance to touch the phone, but the folks at Engadget and The Verge did, and they seem unimpressed with the software experience. But there’s reason to think it could get better over time — Google recently announced it would officially support foldables in future versions of Android.

The camera’s also reportedly kind of lousy. There’s only so much that software updates can do to fix that.

Other companies including Samsung and LG are also working on their own folding phones with flexible displays, and we should hear more about them in the coming months.

But the FlexPai isn’t the only device from Royole that uses flexible display technology. It may be the only one that’s designed to fold in half on a regular basis, but the company is also showing off a smart speaker with a curved display that wraps around the cylindrical device, a video conferencing system, and even a handbag that can change colors, patterns, and designs.