A year after introducing the first (and somewhat underwhelming) smartphone with a foldable display, Royole is showing off a product that makes use of flexible AMOLED display technology in a different way.

The Royole Mirage is a cylinder-shaped smart speaker with 360-degree audio… and a 360-degree touchscreen that wraps around the devices. 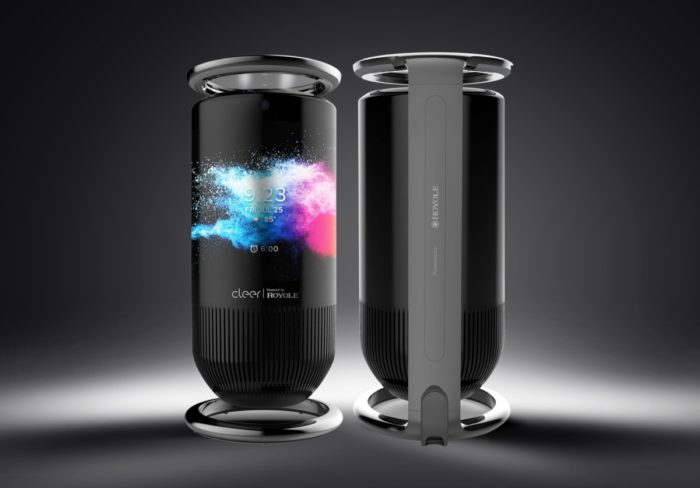 The 7.8 inch, 1920 x 1440 pixel touch-sensitive flexible display lets you interact with the speaker by touching on-screen controls. It also supports Amazon Alexa voice functionality thanks to two far-field microphones and there’s a 5MP for making video calls. You can also disable the camera by flipping a switch.

There’s also a mic mute button, volume buttons, and an action button on top of the speaker.

Royole says the speaker is a real thing you’ll be able to buy in the second quarter of 2020, but it won’t come cheap — the Mirage is expected to sell for $899, while offering the functionality of a $100 Amazon Echo in an unusual package. Flexible AMOLED displays don’t come cheap.

It’s a 30W speaker with three 48mm drivers and support for 802.11a/b/g/n WiFi and Bluetooth 4.2 and the whole thing is powered by a Qualcomm APQ8053 processor and features 2GB of RAM and 16GB of storage.