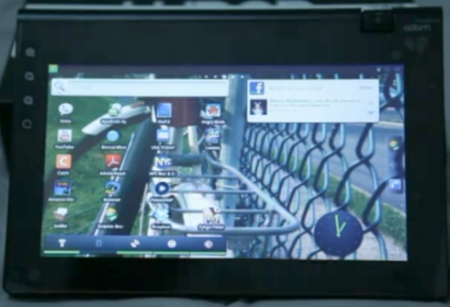 The Notion Ink Adam tablet has gained a lot of attention over the past year because it’s one of the most promising Android tablets… on paper. The spec sheet reads like a tech gadget’s dream journal, including a dual core NVIDIA Tegra 2 processor, support for HD video and 3D graphics acceleration, an optional Pixel Qi transflective display, and a custom user interface designed for tablets. Unfortunately now that the tablet is actually shipping, it’s getting mixed reviews from the earliest customers.

There are a few things to keep in mind here. First, it’s much easier to highlight the disappointing features in any new product than the things it does right. Second, the hype was so high for the Adam tablet that it would have been hard for the product to have lived up to expectations. Third, this is the first generation of Notion Ink’s first product. Finally, some of the issues users are reporting appear to be software-related, and there may be easy software fixes.

Alright, so what are the problems that users are reporting?

That said, Notion Ink already tried to push out a software update… but canceled it when it turned out that users were having trouble downloading and installing it. It’s possible that future software updates could fix some of these problems.

If you don’t want to wait for Notion Ink to address the software problems though, there may be another solution. One user installed ADW Launcher which is a program launcher that you can run instead of the Notion Ink Eden software to give the tablet a feel that’s much more like what you would get from a tablet or smartphone running Google’s stock Android software. The touch experience seemed to be much smoother, and third party web browsers such as Dolphin HD seem to run much more smoothly than the Adam’s default browser.

The good news is that the battery charges quickly, some people seem to love the Pixel Qi screen, you can install third party apps, choose your own keyboard software if you don’t like the keyboard app, and basically customize the heck out of your user experience. That’s one of the key things that sets the Adam, like most Android tablets, apart from the Apple iPad.

The Notion Addicts  forum is a great place to find more information from early customers.

You can check out some early videos after the break, including a side-by-side comparison of the Adam tablet and a Samsung Galaxy Tab. I should point out that while one person suggests that the tablet can’t support HD video playback, the problem is that he’s trying to watch HD Flash video. The NVIDIA Tegra 2 chip should be able to handle HD video from internal storage — but Adobe Flash for Android isn’t currently optimized for HD video.

Overall, it sounds like the Notion Ink Adam tablet is one of the most ambitious Android tablets available… but the out of the box experience may not be quite as exciting as I know many people were hoping it would be.

via Notion Addicts, Notion Ink Fan, My Droid and Me, Tech Lemonade