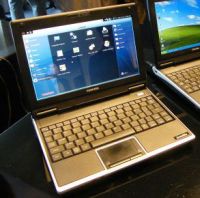 While I was busy messing with my server yesterday, those crazy kids at Engadget were busy posting updates about netbook related news. Rather than rehash yesterday’s news in three separate posts, I figured I’d just give you the highlights reel. So here’s Engadget’s netbook news from October 15th in 60 seconds or less:

Now back to your regularly scheduled programming.

6 replies on “Roundup of netbook news from Engadget”