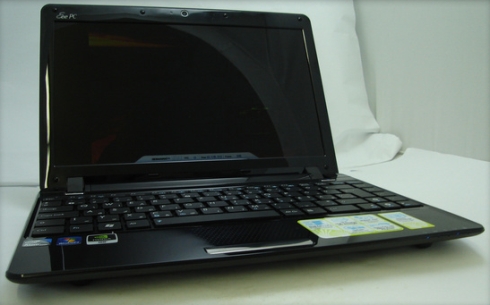 Even at a time when there are a growing number of 11 and 12 inch laptops with Intel Atom processors and NVIDIA ION graphics coming to market, the Asus Eee PC 1201N is something unusual. That’s because it’s one of the only laptops ever to be launched with a dual core Intel Atom 330 processor. Normally that CPU only shows up in desktop systems. In other words, the Eee PC 1201N should not only have better graphics than most Atom powered netbooks, but it should also have somewhat better CPU performance in some tasks than competing ION-powered laptops from Lenovo, HP, and Samsung.

I’m still waiting for my Eee PC 1201N demo unit to review, as Asus North America is just starting to send them out. But a few European web sites including Blogeee in France and Noti in Hungary have already published detailed reviews of the laptop. Here are some of the highlights.

Noti also ran a series of benchmarks comparing the Eee PC 1201N to an HP Mini 311, which has the same ION graphics, but a single core Atom processor. As you would expect, the Asus Eee PC 1201N came out a bit ahead in these tests.