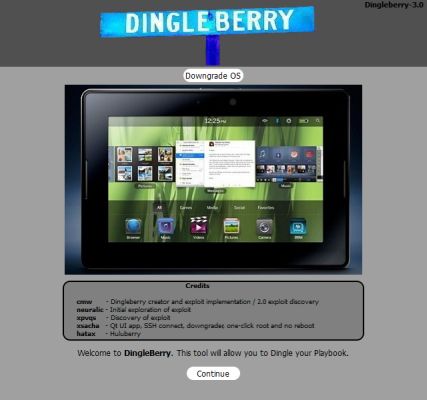 The folks behind the Dingleberry tool for rooting a BlackBerry PlayBook have released a new version with two key features:

Shortly after the first version of Dingleberry was released, Research in Motion pushed a software update for the BlackBerry PlayBook that closed the security hole exploited by the tool.

That means that if you want to root the tablet you need to downgrade to an older version of the PlayBook software… something that took a bit of elbow grease previously. Now you can do it with just by using the Downgrade option in the latest version of Dingleberry. Once you’re downgraded you can then proceed to root the tablet.

Rooting a PlayBook gives you escalated privileges to files and settings which lets you do nifty things like installing the Google Android Market on a PlayBook running early builds of OS 2.0 beta.