Barnes & Noble has been playing a bit of cat and mouse game with NOOK Tablet hackers. When the company released the 7 inch Android tablet in November, it didn’t take long for hackers to figure out how to sideload apps, root the tablet, and even install the Android Market. 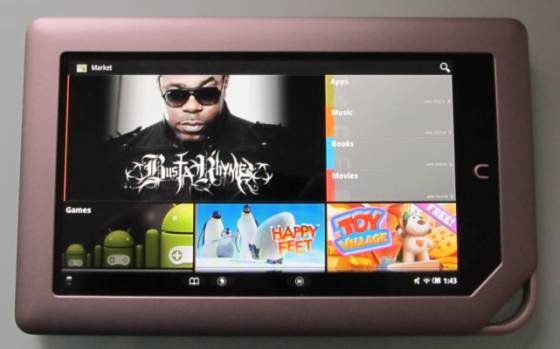 Then Barnes & Noble pushed out a software update which made doing all of those things much more complicated.

But now that hackers have figured out a way around the NOOK Tablet’s secure bootloader, it’s possible to load software on the tablet simply by placing it on a properly formatted microSD card and rebooting the tablet with the microSD card installed.

Now Indirect, one of the most prominent NOOK Tablet hackers, has released a tool that lets you root a NOOK Tablet using a microSD card.

You’ll need to create a 50MB FAT32 partition on the SD card and enable boot and lda flags. The easiest way to do this is using the GParted or a similar Linux utility.

If you’re running Windows, you can also try Parted Magic. It’s a light-weight Linux-based operating system that you can run from a CD, USB flash drive, or virtual machine. It comes with GParted built in, so you can boot your computer from your GParted disc (without making any changes to your Windows installation), partition your SD card, and then reboot into Windows when you’re done.

Anyway, once you’ve got the SD card formatted, there are just a few more steps:

This will root your tablet and install the Google Android Market on the NOOK Tablet. If the instructions look a little confusing, that’s because they’re not really designed for beginners. But if you know your way around Linux, adb, and ClockworkMod, this is by far the simplest way to root a NOOK Tablet.