Rolocule’s Motion Tennis app lets iPhone users with an Apple TV play a virtual tennis game on their television while using their phone as a wireless, Wiimote-style controller.

Now the company hopes to bring the same feature to Android users with a Google Chromecast or Miracast device. In other words you might be able to turn Google’s $35 internet media dongle into one of the cheapest video game consoles imaginable. 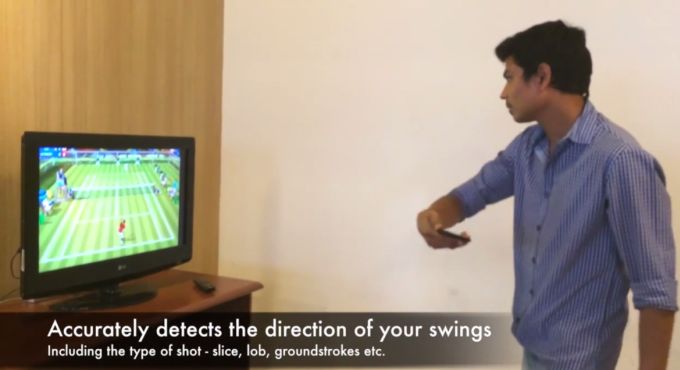 Motion Tennis uses screen mirroring to display the same content on your TV and phone — and since Google is building support for Chromecast screen mirroring into Android it means Rolocube’s game will soon be able to work with Android.

The idea is that you can watch the action on a big screen display while using motion sensors in your phone to control the swings of a virtual tennis player.

Rolocule is showing off an early version of the app in a demo video… but there seems to be way too much lag for the game to be truly playable at this point. If that issue can be resolved it could open the doors for a variety of motion control-based games for Chromecast or Miracast-enabled displays.