Roku was one of the first big players in the media streaming space and the company’s products are still some of the most popular gadgets for bringing content from Netflix, Amazon, HBO, YouTube, and hundreds of other sources to your TV.

Earlier this year the company announced it was expanding its ecosystem to include audio devices including speakers, soundbars, and other products with support for whole-home audio and a new voice assistant.

Now Roku is launching its first set of wireless speakers. But they’re not standalone speakers designed to compete directly with Amazon Echo, Google Home, Apple HomePod, or Sonos One speakers. Instead the Roku TV Wireless Speakers are designed specifically to work with Roku TV, adding premium audio to a Roku TV. 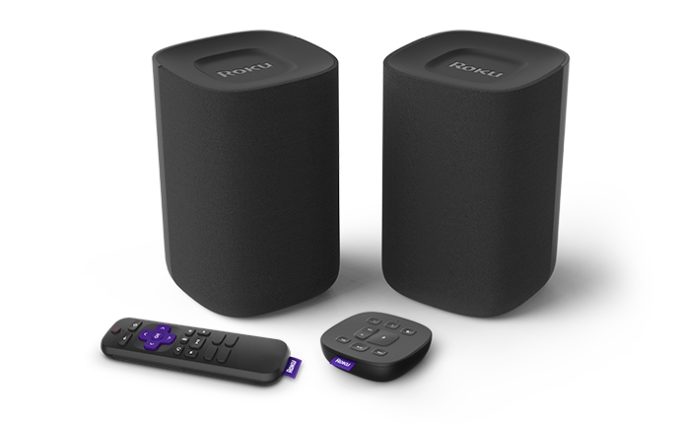 Here’s the idea: buy a set of stereo wireless speakers, pair them with your TV using Roku Connect, and all the audio that would normally come through your TV will be broadcast through the wireless speakers instead.

While these aren’t really aimed at the Hi-Fi audio set, they should bring better sound to a Roku TV than you’d get from your television’s built in speakers, and they’re designed to be easier to set up than a lot of other systems. And since they’re designed to work directly with your Roku TV via a wireless connection, you don’t need to plug in a whole bunch of cables to make sure they work with your antenna, cable box, and/or other inputs plugged into your TV.

The speakers also support Bluetooth, so you can use them when your TV is off. And they come with a Roku TV Voice Remote, allowing you to control the TV and speakers with the remote or by voice.

There’s also a Roku Touch device included in the box. It’s a battery powered voice remote that offers a simpler layout. You can press and hold the microphone button for voice commands or control media playback, but you don’t have the arrow keys and dedicated keys for specific apps such as Netflix or HBO.

Roku’s new wireless speakers will ship in October and have a list price of $200. But Roku is offering a set of promotions that will let you save up to $50 if you pre-order the Roku TV Wireless Speaker bundle:

The pre-order price makes the Roku Wireless Speakers competitive with the Vizio SB3621n 2.1 channel soundbar I picked up earlier this year (which is plugged into my Roku TV and which also supports Bluetooth). I can’t say how the audio compares, but I’m pretty happy with my purchase… and I didn’t have to wait 3 months for my soundbar to ship.