Roku is updating its line of media streaming devices with a handful of new models including new Roku Express and Roku Express+ models that the company says is 10-percent smaller, but still has a starting price of just $30, and a new Roku Ultra that offers 4K HDR playback, USB and Ethernet ports, and other premium features for $100 — but the new model should offer faster performance and more personalization options.

They’re up for pre-order today, with the new Express+ shipping later this month, and other new models coming in October.

The new Roku Ultra features include “fast channel launch” which the company says means it takes less time to load an online video source, and support for personal shortcuts on the voice remote that let you get to your favorite apps/channels with a single click.

And the new Roku Express isn’t just smaller, it also uses less power — so Roku says it can be powered by plugging it into the USB port on most TVs if an AC outlet isn’t available.

Roku is also launching a few new retailer-exclusive devices, including:

The Best Buy version of the Streaming Stick+ is basically the same as the version you can buy anywhere for $60 — except it comes with an enhanced voice remote featuring a headphone jack. Interestingly it also has a TV power, volume, and mute buttons on the remote (the standard Streaming Stick+ lacks the mute button). 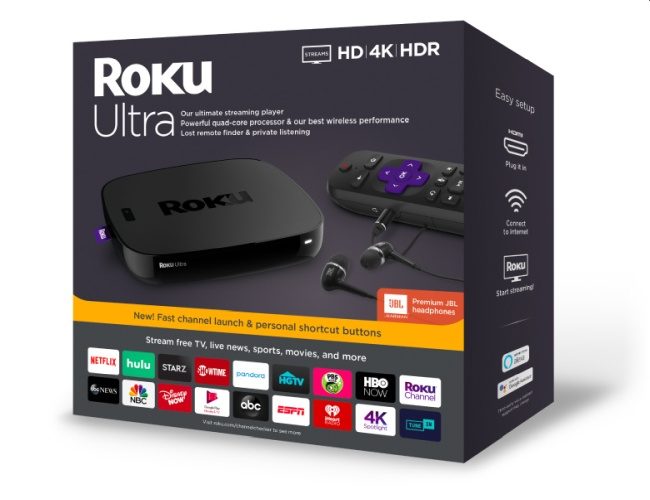 The Walmart Roku Ultra LT appears to be a cheaper, but slightly less powerful version of the $100 Roku Ultra. It supports 802.11ac WiFi, an Ethernet port, 4K HDR support, and a voice remote. But it doesn’t come with JBL headphones, doesn’t support personal shortcut buttons, and doesn’t have a USB port. 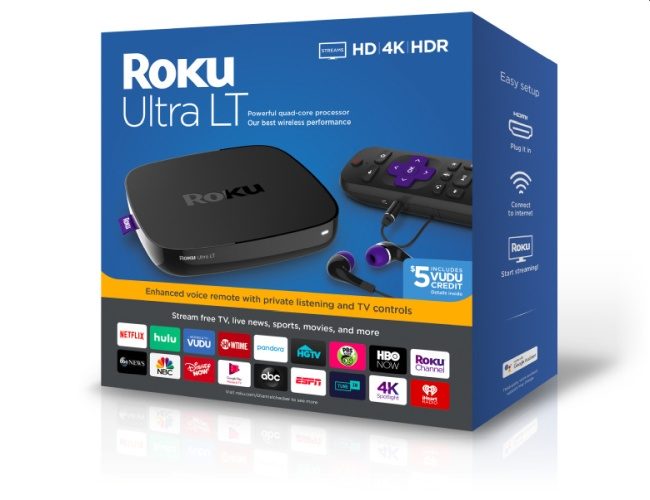 All told the new members of the Roku lineup seem to be modest refinements rather than revolutionary new devices. So it makes sense that Roku isn’t replacing its entire line of products. Some older devices like the Roku Premiere and Streaming Stick+ are sticking around.

So here’s the complete line of current-gen Roku products: