Chip maker Rockchip is showing off a few concepts for wearable devices featuring its low-power ARM-based chips. Unsurprisingly, one device is a smartwatch — just about every electronics company on earth is showing one at CES this year.

The other is a bit more unexpected: a smart glass product that looks like a Google Glass knockoff. 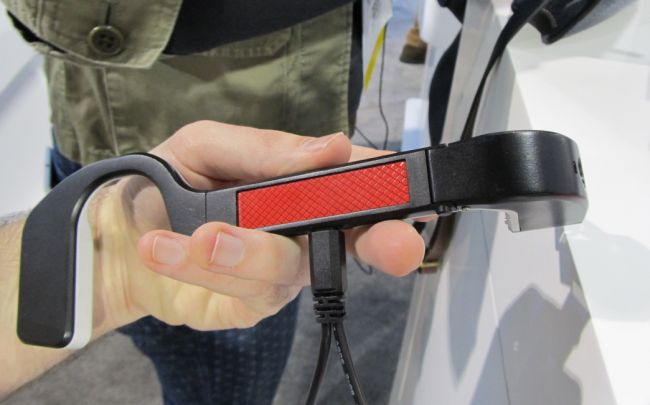 Rockchip is showing off both devices as concepts rather than real products. It’s not clear if either will make it to market anytime soon, but we could see similar products from other companies using Rockchip processors eventually.

The smart glass solution features a small display that’s designed to float in front of your eye when you latch the device over your ear the way you would with a pair of glasses. 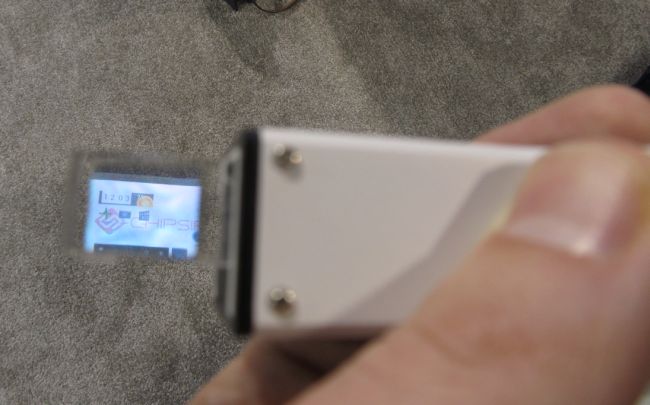 The concept version assumes you have an enormous face and I haven’t seen anyone actually wear one successfully… but it is just a concept. I did manage to line up the device so that I could see the floating display, and it does appear to work… if it’s angled perfectly.

There’s a camera, mic, and 570mAh battery as well as a gyroscope, accelerometer, compass, light and proximity sensors.

Rockchip didn’t provide detailed specs for its smartwatch, but that also appears to be running an Android-based operating system that’s been customized for a small, wearable display.

Update: I found the same watch at another vendor’s booth, where it was described as the OPlayer Digital Sport Watch-Style Touch MP4 player, so it does appear to be a real product. 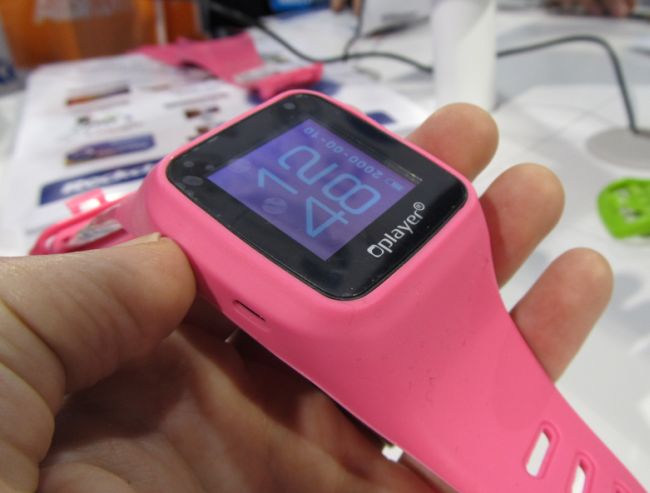 You can swipe down from the top of any screen to show the time, swipe from the left or right to move forward or back, and use the touchscreen and on-screen buttons to access apps and settings.

The watch also has an eReader app for TXT files… in case you want to read eBooks or notes a few words at a time on a 1.5 inch screen. It’s powered by a 400mAh battery.

2 replies on “Rockchip wearable concepts include a smartwatch, smart glasses”