Chinese chip maker Rockchip’s processors may not be as ubiquitous these days as those from rival MediaTek. But over the past few years we’ve seen multiple companies release Chromebooks, mini PCs, and other devices with the company’s RK3399 processor (or the closely-related OP1 chip). 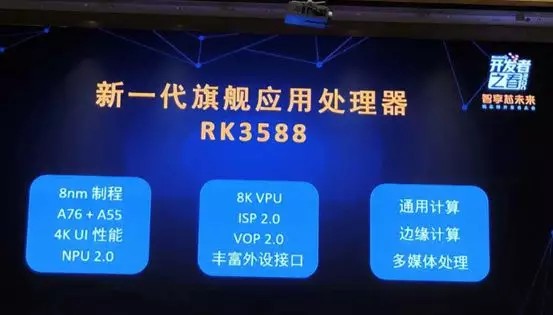 Rockchip released details about the upcoming chip at an event in China this week, where the company explained that the move to 8nm should reduce power consumption by as much as 40 percent, while increasing performance by up to 25 percent.

The RK3588 should go into mass production in the first quarter of 2020, so we could see it in Chromebooks, mini PCs, and other devices early next year.

Other new chips on the horizon include the RK3530 quad-core ARM Cortex-A55 processor and additional chips for IoT, audio, video, and wireless applications.