We could see Google’s browser-based Chrome OS operating system running on devices with Rockchip’s RK3288 processor soon. The Chinese chip-maker started showing off a demo of Chromium OS running on a prototype board in April, and now Google’s François Beaufort reports that there’s a new ARM development board in the Chromium OS repository featuring that same chip.

In other words, someone’s at least testing the operating system on Rockchip’s latest processor… and that means we could eventually see a Chrome OS laptop, desktop, or tablet with an RK3288 in the not-too-distant future. 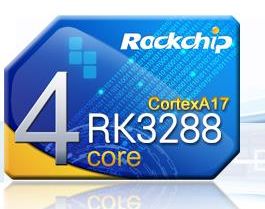 The RK3288 chip is a quad-core ARM Cortex-A17 processor with ARM Mali-T764 graphics.

At this point, most Chrome OS devices feature Intel processors, although Samsung and HP offer a few models with Samsung Exynos 5 dual-core or octa-core chips. If the Rockchip-based system makes it to market, it could be one of the first ARM-based Chrome OS systems with a non-Samsung processor… although the RK3288 chip is new enough that it’s tough to say how it will stack up against Samsung’s chips in terms of performance or power consumption.

Chromium OS is the open source version of Chrome OS, and among other things, it serves as the testing ground for upcoming features, bug fixes, and performance improvements. Not every device that shows up in the Chromium code makes it to market as a real Chrome OS device… but I’m not aware of any Chromebooks or Chromeboxes that didn’t show up somewhere in the Chromium code before they officially launched, although they were usually obscured by code-names.

Here’s an early look at a Rockchip-powered Chromium OS prototype from April:

2 replies on “Rockchip RK3288-powered Chrome OS devices on the way?”