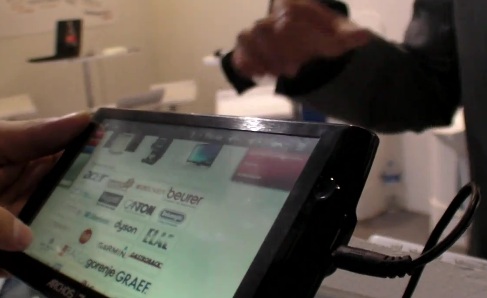 We knew they’d be on display  at CES 2011, but Rockchip has decided to allow an early look at their new RK2818 and RK29 processors. As mentioned before, the ARM A9-based processors support more RAM than the previous version and are fully OpenGL compatible (unfortunately, attempts to launch a 3D game during the demo resulted in a crash) and can also handle full 1080P video.

It’s the RK2818 in an Archos 7 tablet shown at the beginning of the video, and the unit seems to be quite responsive — maybe not on par with more top-flight tablets like the Galaxy Tab or iPad, but bear in mind that RK28 and 29 series chips will power devices which are much less expensive.