Chinese chip maker Rockchip’s RK3188 processor is one of the fastest ARM Cortex-A9 processors on the market. It’s a 1.6 GHz quad-core chip with Mali-400 graphics and it’s proven a popular choice with Chinese tablet and TV box makers over the past year or so.

If you’ve purchased a device with a RK3188 chip recently, you may already have the slower CPU. 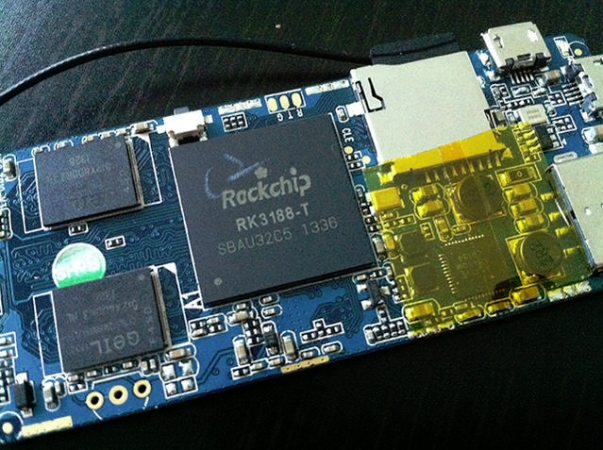 FreakTab forum administrator Neomode recently noted that the RK3188T is a quad-core chip with a top clock speed of 1.4 GHz, which makes it a bit slower than the company’s original RK3188 processor.

It’s likely the new chip is sold to device makers at a slightly lower price. Unfortunately most retailers don’t make it clear whether a product features a RK3188 or RK3188T chip — and sometimes you may even find different units of the same tablet or TV box featuring different versions of the processor.

Unfortunately most retailers don’t make it clear which processor you’re going to get when you purchase a new device — so if you bought a tablet thinking it had an RK3188 chip, you may already have one of the slower T models.

One way to figure out which chip you have is to open the case and look at the label on the processor itself. But there’s also an app called CheckRK3188 which you can run on an Android device to determine which CPU you have without cracking open the case.

While the RK3188T has a lower clock speed, it still performs reasonably well on benchmarks, but some users report some issues including screen flickers during video playback.

You may be able to improve performance by installing a custom kernel or custom ROM and overclocking the CPU or making other changes. There are far more details available in the FreakTab forum thread.