Chinese chip maker Rockchip makes ARM-based processors that often show up in Chinese tablets… and sometimes in devices from Western companies as well. Last year Rockchip introduced the RK3066 dual core chip which has proven very popular with Chinese tablet makers. This year the company followed up with the RK3188 quad-core CPU. 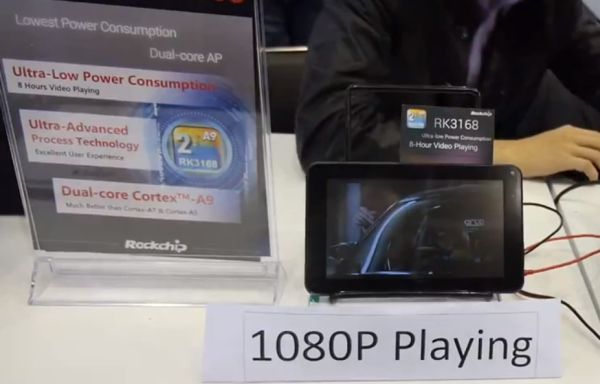 That makes it more efficient, and the company is showing off a demo of a tablet with an RK3168 chip playing 1080p video while consuming less than 1W of power.

Like it’s predecessor, the new processor is an ARM Cortex-A9 chip which should be able to handle Google Android, and possibly other operating systems as well.