Since Raspberry Pi launched its first $35 computer in 2012, a bunch of other companies have entered the space with their own small, cheap, single-board computers. And, like the Raspberry Pi, most of them are powered by ARM processors.

But Radxa‘s new Rock Pi X is one of a handful of models with an Intel x86 processor, which means you could run Windows or just about any GNU/Linux operating system.

It’s expected to launch soon for $39 and up.

Update 10/2/2020: The Rock Pi X is now available for purchase from Allnet China and Seeed Studio. 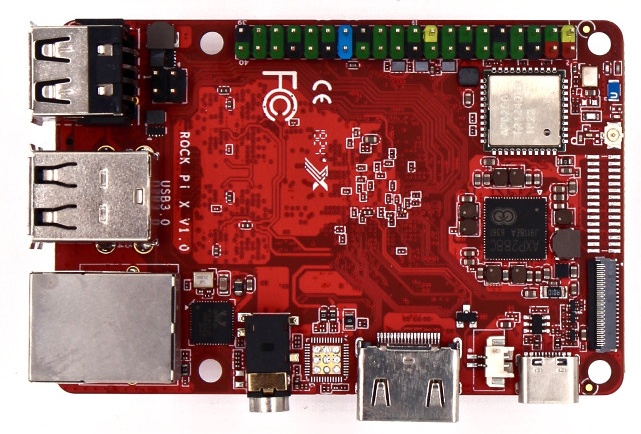 The Rock Pi X comes in two versions: a Model B with 802.11ac WiFi and Bluetooth 4,2 plus optional support for a Power over Ethernet HAT, and a cheaper Modeal A that lacks wireless, but which still has a Gigabit Ethernet port.

Both models feature an Intel Atom x5-Z8300 processor and each will be available with 1GB to 4GB of RAM. Here are the prices for each:

The board measures 85mm x 52mm, or about the same size as a Raspberry Pi.

While the Atom x5-Z8300 is an x86 chip that should offer decent compatibility with a wide range of software, it’s not exactly a high-performance processor. It’s a low-power, quad-core processor that was released in 2015 as part of Intel’s “Cherry Trail” lineup, and I’ve never been all that impressed with laptops or tablets powered by the chip… but I’d be a lot more willing to compromise on performance if any of them had cost less than $50 like the Rock Pi X.