Radxa’s Rock Pi S is a tiny computer that’s less than half the size of a Raspberry Pi Model B. With a starting price of just $9.90, it’s also less than a third of the price.

But this single-board computer is also aimed at folks who are willing to forego some of the usual goodies… like no GPU, DisplayPort, or HDMI output.

You could use the Rock Pi S as a headline computer for IoT and/or voice applications.

First unveiled this summer, the Rock Pi S is now available for pre-order from Seeed Studio for $9.90 and up. 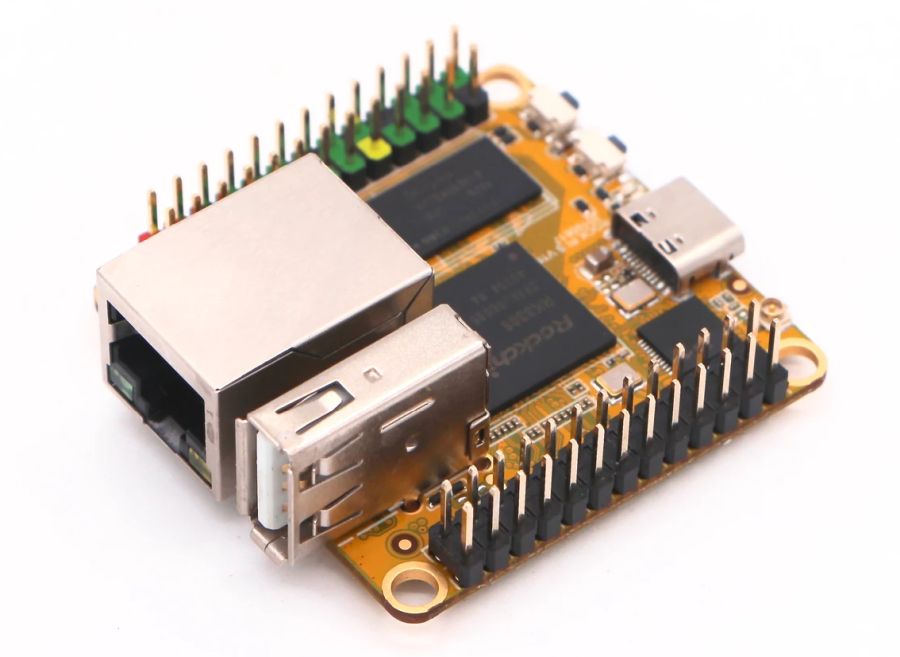 While the $9.90 version has just 256MB of RAM and no built-in storage, some higher-priced configurations have up to 512MB of RAM and up to 8GB of embedded NAND flash storage.

There’s also optional support for 802.11b/g/n WiFi and Bluetooth 4.0 with an external antenna and/or a Power over Ethernet HAT.

Unlike a Raspberry Pi mini computer, which is arguably designed for developers and ordinary computer users alike, the Rock Pi S is clearly aimed at folks who know what to do with a headless computer that lacks a display.

I mean, technically you can connect a display — the Rock Pi S does have limited support for a Waveshare 3.5 inch LCD which connects to the SPI2 pins on the Rock Pi S if you need a display, but there’s no 2D or 3D graphics acceleration do don’t expect much in the way of graphics. So this is really a mini PC aimed at developers, makers, and other folks in the market for a tiny, cheap, IoT computer.