RIM has announced plans for an international BlackBerry 10 launch event on January 30th, 2013. The company will introduce its first 2 BlackBerry 10 smartphones and unveil availability information.

While there’s no mention of tablets in the press release, the BlackBerry 10 operating system is also expected to run on the 7 inch PlayBook tablet which has been on the market since 2011. There’s no word on if or when RIM plans to introduce any new tablets. 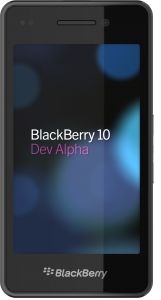 The BlackBerry 10 operating system is a major update, introducing new features including an improved keyboard, tools to keep your work and personal data separate while using a single device, and a major user interface overhaul with an emphasis on touchscreens rather than physical keyboards.

In other words, RIM is trying to play catch-up with Apple, Google, and Microsoft, while continuing to emphasize the enterprise-friendly features that gave the company’s devices an early lead in the smartphone space.