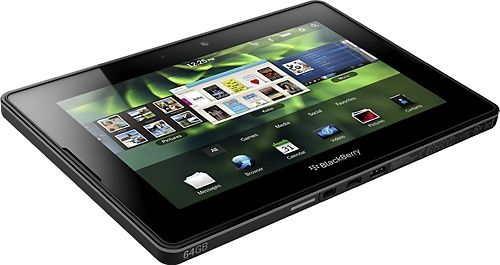 Things aren’t looking good for the BlackBerry PlayBook tablet. Research in Motion is reporting its quarterly earnings today, and the company announced that it shipped 200,000 tablets during the quarter. That’s about one half to one third of what analysts had expected.

The figure also only tells us how many PlayBook tablets were sent to stores, wireless carriers, and other partners. We don’t actually know how many of those were sold. Theoretically there could still be 200,000 unit sitting on store shelves, although I’d be surprised if things were quite that bad.

Still, when you tack on the half a million tablets RIM shipped during the previous quarter, it looks like the company has only shipped 700,000 PlayBooks to date. Apple sells more iPads than that in a month.

It’s too early to say whether the PlayBook is headed the way of the HP TouchPad. But last month Sprint had canceled plans to offer a 4G WiMAX version of RIM’s tablet, which wasn’t exactly a show of confidence in the platform’s future.

The BlackBerry PlayBook is an interesting device in many ways. It was one of the few high quality tablets to launch with a 7 inch display when many competitors were bringing 10 inch tablets to market. It’s the first tablet to use BlackBerry Tablet OS, which is based on QNX software and which features some pretty impressive multitasking chops. It has a speedy 1 GHz TI OMAP 4430 dual core processor.

But the PlayBook also launched without many third party apps available — and without even native email, calendar, and contacts apps. Instead the device was supposed to pair with a BlackBerry phone if you want to use those features, which severely limits the tablet’s appeal.

Native PIM (personal information management) apps are on the way — and so is an Android App Player that will let users run Google Android apps on the tablet. But given the relatively low shipment figures, it’ll be interesting to see whether either of those changes are big enough to help RIM turn the PlayBook into a hit.