One day you may be able to buy a phone or tablet running BlackBerry software which isn’t manufactured by Research in Motion. Up until now, the Canadian company has designed its own hardware and software — but RIM CEO Thorstein Heins told the Telegraph that the company may “look at licensing” the upcoming BlackBerry 10 operating system to other device makers. 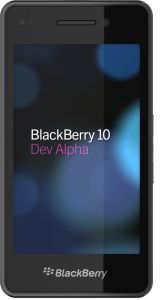 RIM tends to put out a few phones per year, while competitors such as Sasmung, HTC, and Motorola crank out dozens of devices — many running Google’s Android operating system.

Heinz says allowing companies to license BlackBerry 10 could result in the operating system running on more devices… and that could help the company stay competitive.

Of course, it’s not clear whether any major cellphone or tablet makers would want to license the operating system. Android is open source and is available to license for free (although it does include some proprietary components that have prompted many device makers to pay license fees to Microsoft and other companies).

HP is also working to transition webOS to a free, open source operating system, while Mozilla is working on a Firefox OS for phones and Samsung and other partners are backing Tizen, a Linux-based OS focused on web technologies.

In other words, even if RIM decides to give away BlackBerry 10 for free, the platform will have a fair amount of competition.

While BlackBerry devices aren’t as popular in the US today as they were a few years ago, due to competition from iOS and Android, the company still does pretty well in some regions. I just got back from a trip to Jamaica, where BlackBerry is pretty much synonymous with “smartphone,” and someone actually asked me whether it would be a better idea to buy a BlackBerry PlayBook tablet or an iPad. The same person had heard of the Samsung Galaxy Tab, but wasn’t really sure what Android was.

It’s probably too early to count RIM out of the smartphone wars of the future. But it remains to be seen whether licensing is a viable option for the company.