The Rikomagic MK902 II is a TV box that lets you can hook up to your TV to run Android apps. You can use it to play games, stream content from Netflix, Hulu Plus, or YouTube, or just generally turn your TV into a big Android phone.

Rikomagic sent me a demo unit to test, and now that I’ve finished reviewing the MK902 II it’s time for a giveaway. 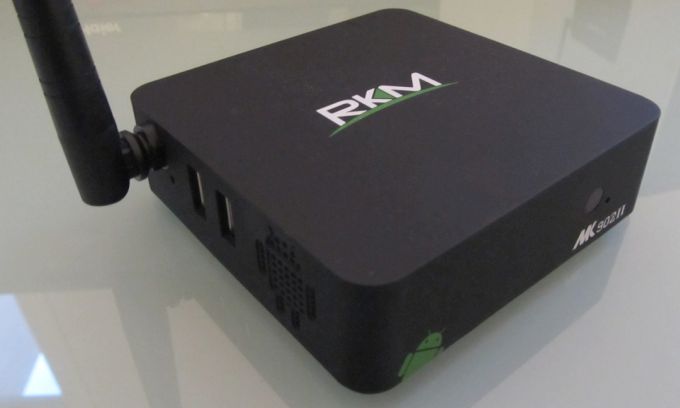 The MK902 II has a Rockchip RK3288 ARM Cortex-A17 quad-core processor, 2GB of RAM, and 16GB of storage. It’s one of the fastest TV boxes I’ve tested, although it’s not quite as fast as some newer Android phones and tablets.

The user experience isn’t quite as TV-friendly as what you’d get with a Roku, Amazon Fire TV, or Google Nexus Player. But if you don’t mind a sometimes clunky user interface and running apps designed for phones on a TV, this $127 box can be much more versatile than those devices.

In addition to WiFi, Bluetooth, and an HDMI port, the MK902 II has 4 USB ports which you can use to connect a keyboard, mouse, gamepad, or storage, among other things. It also features full access to the Google Play Store, which gives you access to hundreds of thousands of apps.

Overall, if you’re looking for an easy-to-use TV box, a cheaper, less powerful device like an Amazon Fire TV Stick might be a better solution. But if you’re looking to turn your TV into a full-fledged Android machine, the MK902 II is a pretty good option… and if you’re the tinkering sort, you might even be able to convince it to run Ubuntu or another GNU/Linux operating system.

Anyway, the price doesn’t matter if you can get one for free. So here’s how to enter for a chance to win a slightly used MK902 II:

There are a few rules you’ll want to make note of before entering though:

Thanks again to Rikomagic for providing us with this MK902 II review unit!

Update: This contest has ended. Congratulations to our winner, Thomas!