Rikomagic has been offering tiny Android (and Linux) devices that turn your TV into a PC for a while. Most are stick-shaped devices that look a bit like a USB flash drive, but the latest Rikomagic Android PC is a bit bigger — and that means there’s room for extra goodies including an Ethernet jack, more USB ports, and a camera.

The Rikomagic MK902 is available for pre-order from the Rikomagic UK store for £90 ($143) and up, which is a bit steep for a device of this type. But it’s a lot cheaper than a Windows PC.

Update: You can also order from the official Rikomagic store at AliExpress, where the MK902 is available for $105. 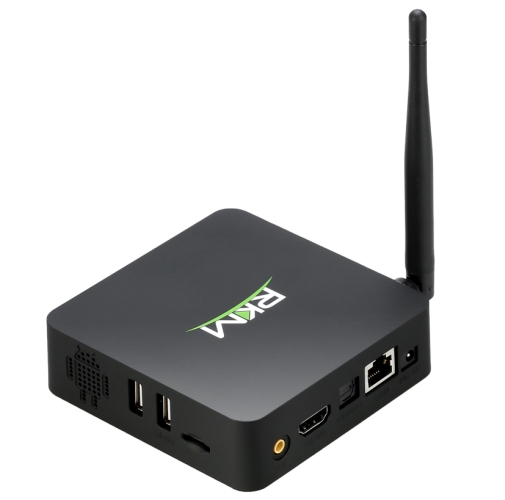 The device sports 4 USB ports, an Etthernet jack, microSD card slot, and HDMI port as well as an AV output. There’s a 5MP camera on the front, and a built-in mic for making voice or video calls.

Rikomagic pre-loads the MK902 with Android 4.2 Jelly Bean, but since the device has the same basic hardware as the MK802 IV LE Android TV Stick, it’s likely that it’d support PicUntu or other Linux-based operating systems. In fact, Rikomagic UK tells me they plan to launch an MK902 LE with Ubuntu preloaded eventually.