Anbernic makes a variety of retro game systems that tend to sell for around $100 or less, including models designed to plug into a TV and handheld game consoles.

The upcoming Anbernic RG280V is the company’s smallest handheld game console to date, but it still has a reasonably large display and buttons that look large enough to actually use (which sets it apart from some other handhelds).

Announced via a YouTube video, the Anbernic RG280V should be available for purchase soon. 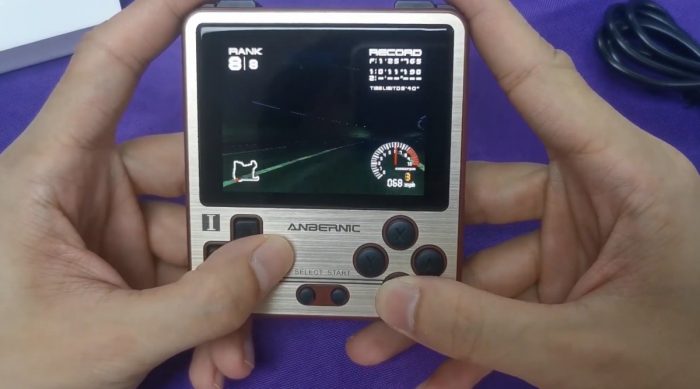 The front of the system is made of brushed aluminum and features a D-Pad, X, Y, A, and B keys, and Select and Start buttons.

In order to save space, the RG280V has interlaced L1/L2 and R1/R2 buttons, but at least it has four shoulder buttons and since they’re at different heights, it should be possible to tell them apart by touch. 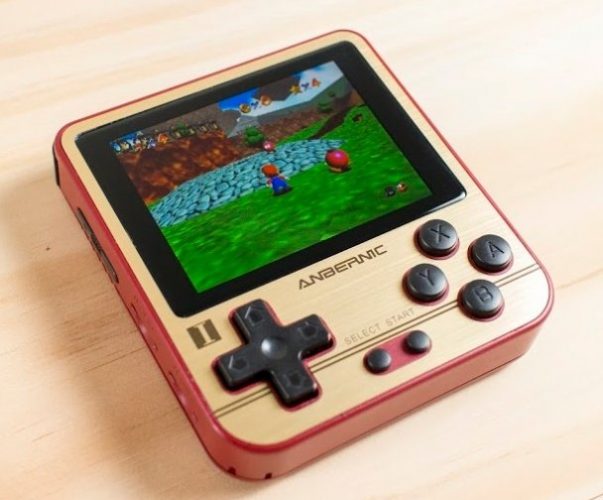 There’s a mono speaker on the back of the system, and the console features a vibration motor. It’s powered by an Ingenic JZ4770 MIPS-based processor and the device runs the Linux-based OpenDingux operating system that’s designed for handheld gaming devices, and in the video you can see that the system has enough horsepower to handle at least some PlayStation 1 games.

Pricing and availability details haven’t been announced yet, but you can stay tuned to the Anberic Facebook group, YouTube channel, or AliExpress store for more details as they become available.

4 replies on “RG280V is a tiny handheld retro game console”